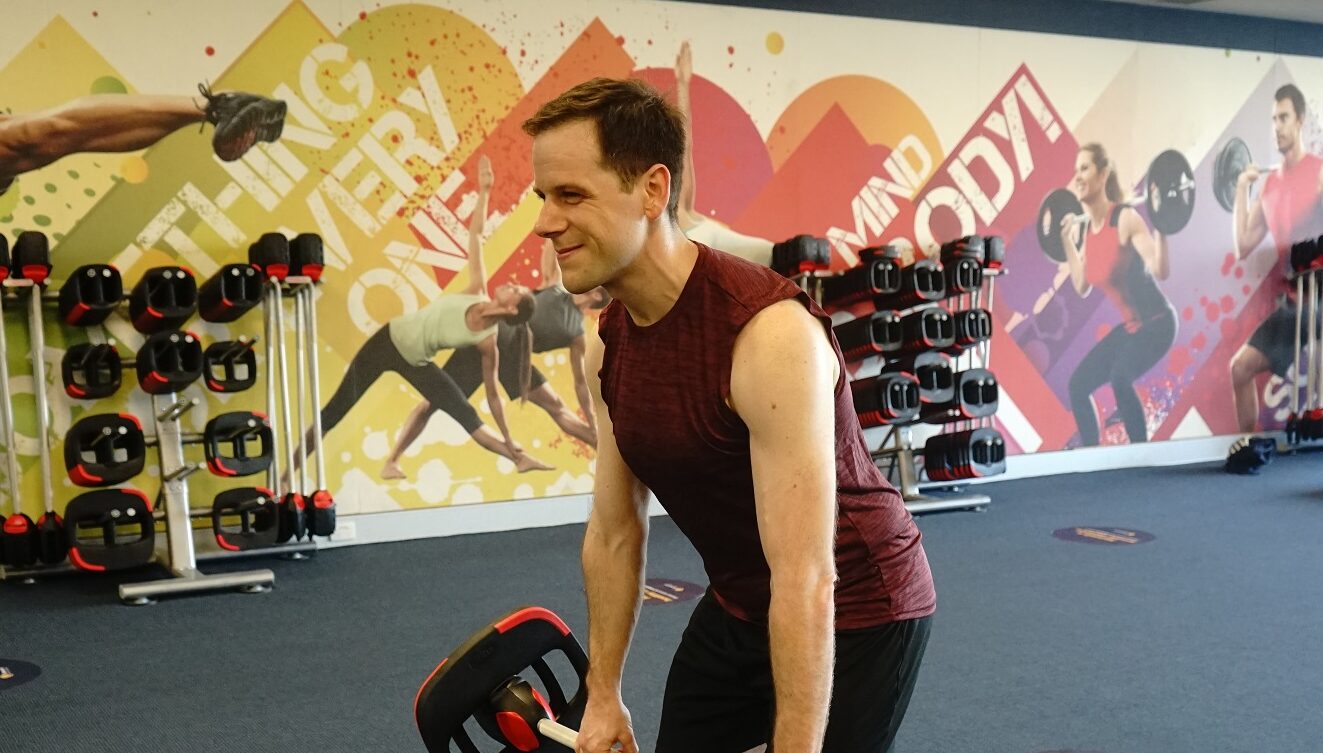 Chris Lustri joined SUSF in 2013 and found his community through group fitness. Now, seven years later, Chris tells us what keeps him coming back, his favourite programs and how he adjusted to the COVID-19 shutdown.

When did you first join SUSF and why?

I moved to Sydney in 2013 and decided that it was time to work towards a healthier lifestyle. I’d never set foot in a gym before and didn’t really have a clear idea of where to start. I had no idea what I was doing, so I decided that group fitness classes – where someone would tell me exactly what to do and when to do it – would help me get the most out of it.

I signed up for a few classes (BodyCombat, BodyAttack and BodyPump), and knew by the end of the week that group fitness was something I wanted to keep doing. Even though I was developing my fitness from a very low base, the instructors and other participants were welcoming and friendly, and I never felt like I didn’t belong. Also, even though I was exhausted at the end, I had a really fun time.

You’re now an avid group fitness participant – what programs do you like best and why?

I try to participate in a number of different programs to ensure that I never get complacent – my normal week includes a mix of classes from BodyCombat, BodyAttack, BodyPump, RPM, CX, Grit and BodyBalance. I’ve really been enjoying Grit classes lately, which let me test out the limits of my fitness. Although the classes are shorter than many others, I never feel like I’ve got anything left in the tank once they’re finished. On the less frenetic end of the scale, BodyBalance is always a fantastic way to end the weekend and helps me start my week relaxed and in a positive state of mind.

If you could only choose one program to participate in for the next year which would it be and why?

I’m going to cheat and say Grit, especially if I could do all three versions of the program (Strength, Cardio, and Athletic). That way I could still get plenty of variety in my workout. But I’d be sad to miss out on things like the sense of fun in BodyAttack or the long steep climbs in an RPM class.

How did you adjust your exercise routine during the COVID-19 shutdown?

I participated in the SUSF livestream workouts, as well as some LES MILLS On Demand. At the start of the shutdown, I felt a little bit awkward exercising on my own in the backyard of my apartment building – in full view of my neighbours – but after a few weeks, it had just become part of my routine. I also started taking running more seriously, which was a nice way to get out of my apartment.

The livestreams were a particularly great way to keep active – Karola and Rachel both did an amazing job of making the sessions feel interactive and managed to capture some of the feeling of exercising as a group. I can only imagine how challenging it was to teach a group fitness class into a camera, but it came across as incredibly natural and welcoming. Live classes will certainly never be the same without visits from Rachel’s dog Ducky, and Karola’s cat Yama.

What did you miss most about training in the facility during shutdown?

I certainly missed having the chance to interact with the other participants. I’ve made lots of friends at SUSF over the years and having a chance to see them and participate in classes with them is something that I really value. It’s always encouraging to exercise with a community who are all working towards the same goals, and who have all chosen to be there together.

Like many people, I also missed the gym equipment! I know that lots of people had to make do by lifting milk bottles filled with water, or sacks of potatoes, or unfortunate household pets. I was lucky enough to have a few 5kg plates at home, which meant I could do a lot of the weight-based exercises. I did have to adjust some of the exercises in BodyPump so that I could use weight plates instead of a bar, so it’s been nice to go back to the gym equipment.

Outside of the gym, do you enjoy any other types of exercise?

I took up running a couple of years ago, and the shutdown gave me an opportunity to push out the distances that I would normally run. I’ve also recently taken up kayaking – I’m not particularly good at it, but it’s a great chance to enjoy the harbour and open water in Sydney.

What keeps you coming back to SUSF?

It’s a great place to get and stay fit. I know I can trust that the programs are balanced and carefully put together to give me the best possible workout. But the most important things that keeps me coming back are the other participants and the instructors. They’re the reason that group fitness is such a welcoming, friendly, and encouraging environment.