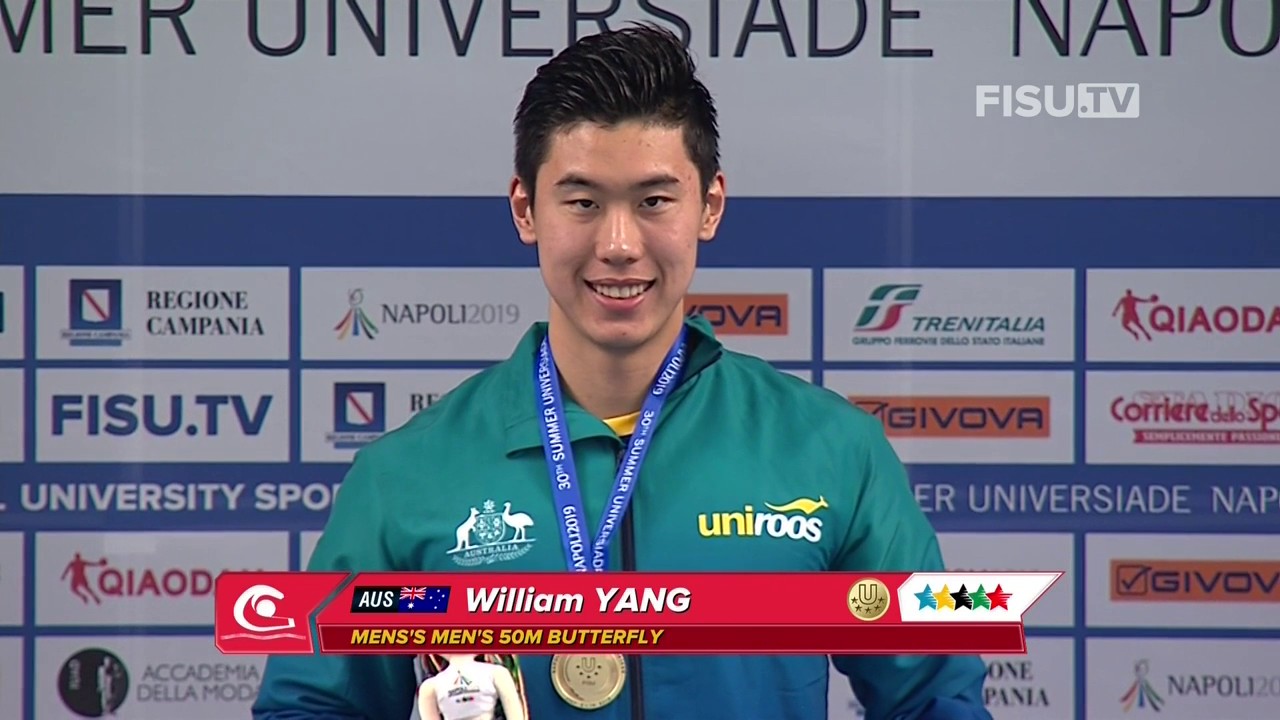 William Yang kicked the Uniroos into gear over the weekend by securing Australia’s first medal at the event, taking home gold in the 50m butterfly.

Yang, who earlier produced the fastest qualifying time, narrowly overcame Japan’s Yuya Tanaka by 0.03 in a tight finish with a winning time of 23.32 seconds. That time would have won Yang gold at the 2018 Gold Coast Commonwealth Games.

“I really enjoy the team environment here and I obviously heard the crowd and my teammates and coaches cheer for me so that got me energised,” Yang said after the win.

He became the nation’s 87th medallist in swimming at the World University Games and just the 23rd gold medal winner.

Unfortunately Yang fell short of qualifying for the final in the 50m backstroke with a time of 25.20.