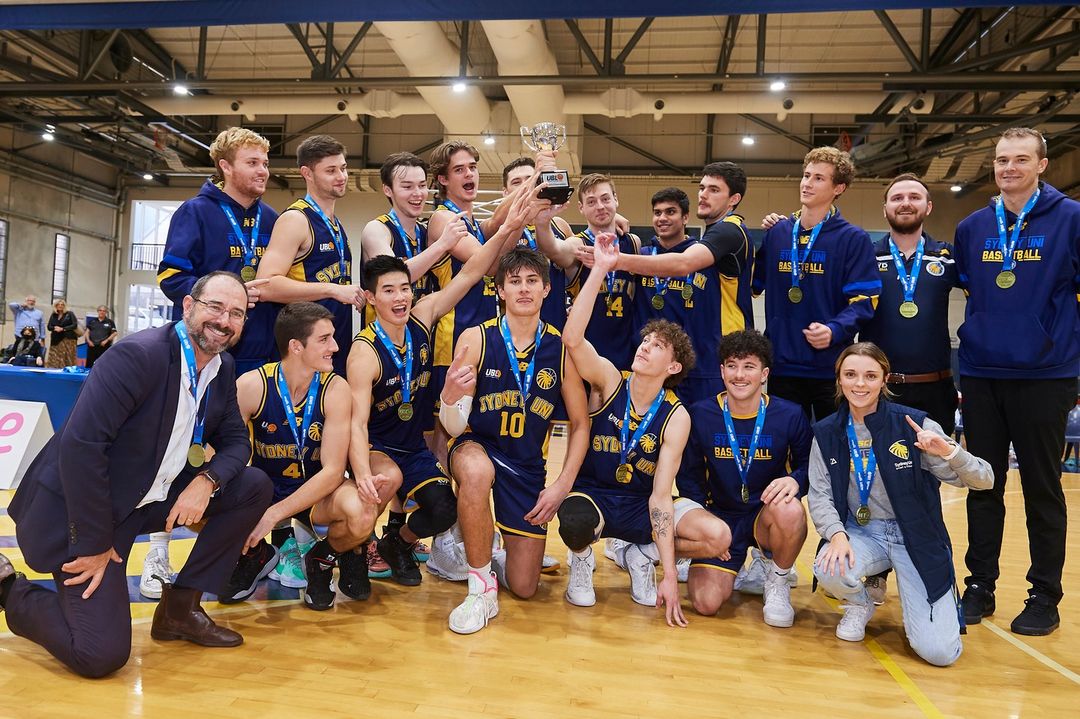 Sydney University won the 2022 men’s University Basketball League Australia title with an 86-77 result over the University of Technology Sydney at the Sydney Uni courts yesterday.

The boys from the Darlington campus went through the season undefeated to claim the title from 11 other universities from around the country.

La Trobe University won the women’s crown with a 61-54 win over Sydney University at La Trobe on Tuesday. La Trobe also went through the season undefeated.

After claiming the minor premiership, Sydney University earned a title tilt with a 95-86 semi-final win over La Trobe University, while the University of Technology Sydney, who won through to the season-decider with an 80-69 disposal of Victoria University in their semi-final.

The USYD team were impressive in all facets of the game throughout the season. Led by Ignatius Mitchell, a Bachelor of Economics/Advanced Studies student, and Joshua Pain (Bachelor of Liberal Arts and Science), the Sydney Uni side also had a strong bench, including Matthew Wacher (Bachelor of Commerce/Engineering) and Mitchell Pain. Others in the squad included Henry Anderson, Benjamin Jerome, Tom Roche, Miguel Campos, Parker Dale, Mitchell Smith and Michael Yoong.

Meanwhile, Sydney University Basketball Club’s women’s finished second on the ladder at the end of the season proper and advanced to the final with a 70-52 semi-final win over minor premiers Victoria University. La Trobe University defeated the University of Technology Sydney 61-44 to earn a shot at the title.

The finals marked the end of the second season of the University Basketball League Australia, which this year featured 11 women’s and 11 men’s teams taking to the courts around the country for an eight-week battle culminating in the two-week final series.