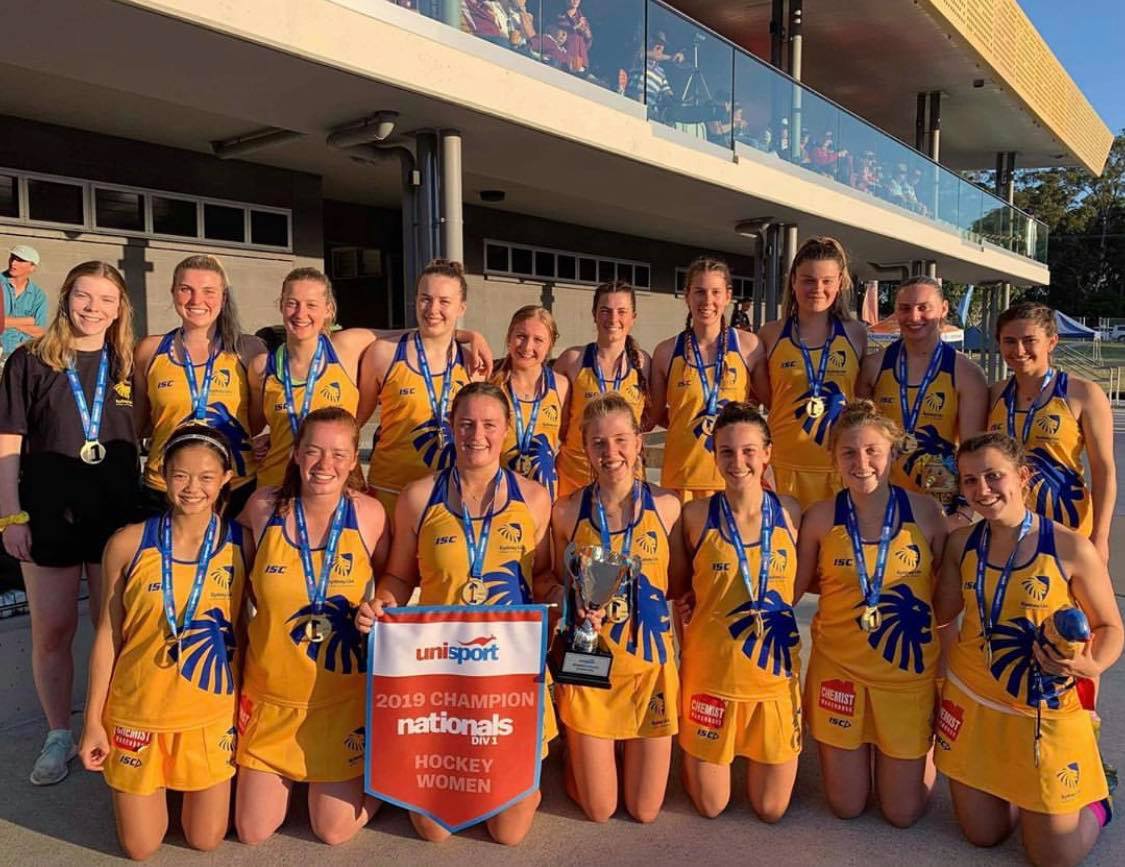 Sydney University have been crowned 2019 Div 1 Nationals champions, winning the title for the first time since 2015 after the men’s T20 Cricket team secured victory in Adelaide.

The T20 Cricket triumph, which came in an eight-wicket defeat of rivals UTS in the gold medal match, marked Sydney Uni’s 12th pennant – maintaining a two-pennant lead over second-placed University of Queensland who impressively won 10 pennants in one week on the Gold Coast.

Earlier in the year, Sydney Uni jumped out to a lead with pennants in men’s and women’s athletics, League of legends and cross-country skiing.

Remarkably, the women’s football claimed their ninth straight title, winning 2-0 over rivals UTS in the final.

Ultimate frisbee were able to shake off their narrow loss in the men’s final last year to rebound and claim the pennant in the mixed event in 2019, completely dominating the event from start top finish.

That effort was replicated by the women’s hockey team who triumphed in a grand final rematch against 2018 champions QUT, dramatically winning in the dying stages with a crucial goal.

After losing in the pool stages to University of Western Australia, Sydney Uni got the better of their opposition in the gold medal match in men’s volleyball to claim the top gong in a narrow 2-1 win.

Sydney Uni Sport & Fitness Executive Director Rob Smithies was over the moon with the result.

“Sydney Uni is thrilled to be the Overall Champions for 2019.  The move to the Nationals model has been a huge success and a terrific strategic initiative by UniSport.  We are delighted to be crowned Champions in only the second year under this new model,” he told the UniSport Australia website.

”A huge congratulations to all of the competing Universities and I would also like to congratulate all of the wonderful Sydney Uni student-athletes who achieved the results that led to this title.”