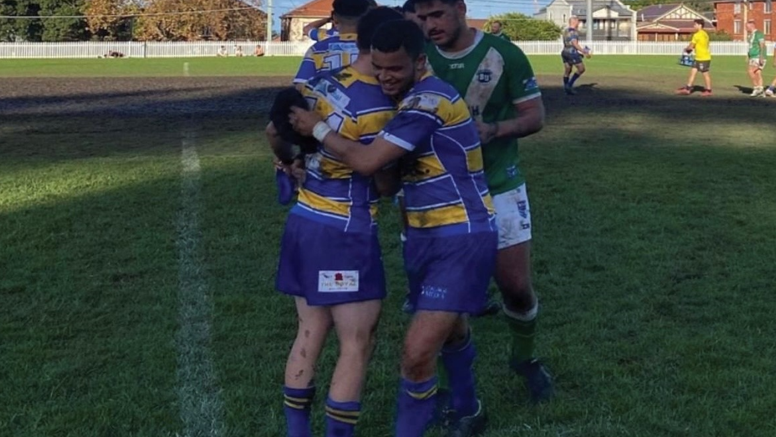 Sydney University announced their entry to the newly formed Sydney Metro League with an emphatic 36-4 win over Bondi United at Waverley Oval on Sunday afternoon.

Bondi was bathed in autumn sunlight for the game, but it was a bleak day for the locals as they conceded six tries to a fitter and faster Uni outfit.

The Lions were composed from the start, and captain-coach Jake Vrahnos almost opened Uni’s account for the season after only seven minutes but was denied on the tryline. When Bondi went 60 metres from the ensuing scrum and were held up over the line two tackles later, the prospect of an entertaining game was on the cards. And credit where it’s due, United were denied on three other occasions.

But ultimately, it was only Uni providing the spectacle, turning their 12-0 halftime lead into a comprehensive 32-point victory with some slick tries and pleasing signs of rugby league IQ.

Max “Missile Boot” Linden-Smith was in superb touch, and his laser-like six-from-six goalkicking complemented a sound display as custodian.

Hooker Will Hurst scored three tries on debut and is a more than handy acquisition, no doubt buoyed by the opportunity to play alongside fellow Wagga Wagga-ite, the indefatigable John Downes, who scored a well-deserved double. His second meat pie near fulltime, coming off a peach of a pass from his captain.

Uni opened the scoring on the quarter-hour mark after Vrahnos showed more steps than a Sydney Harbour Bridge climb to wrong-foot the opposition from 10 metres out and touch down in a handy position for Linden-Smith to convert.

Uni played within themselves for the first half-hour, rightly letting their defence build a platform for victory. But when they let the ball sing, they were on song.

A try went begging in the 30th minute after a long and well-constructed foray on the left flank. But five minutes later, they aligned slightly deeper on the right and scored a slashing 60-metre try. Sympathetic passes and numbers in support, including Downes for his first try of the day, were good signs for the opening outing of the season.

Bondi knocked on over the line two minutes before the break, and it would turn out to be a portent for the second half. The coastal boys lost the ball from the kick-off, and soon after, Hurst scooted over from dummy half. It was Uni 18-0 after 42 minutes, and the big interest revolved around floodgates.

Hurst was in again soon after when a great shape-play on the left from 50 metres out released Linden-Smith, who found the happy hooker with eyes bright and smile brighter supporting him down the middle. He completed his hat-trick with a superb dummy-half pick-up on the run and dive under the holy ghosts.

At 30-0 Uni, the Lions supporters were betting on the final tally only to have their conversation interrupted by a Bondi try from the kick-off when their winger somehow ended up with ball and dived over in the corner.

To their credit, Bondi came close five minutes from time, but it says much about the Lions’ pride in their line that they kept them at bay again.

It was hard to single out Uni players. Every one of the squad of 20 contributed, although captain-coach Vrahnos was polished, as expected. He was happy enough with the team’s performance. He praised the efforts of Uni to scramble when necessary and the good corridors and hard lines the players ran but was disappointed to drop down to Bondi’s standards at times in the second half.

It’s impossible to ascertain the significance of the win given the composite nature of the competition, but Uni certainly look to have solid foundations on which to build for the season.