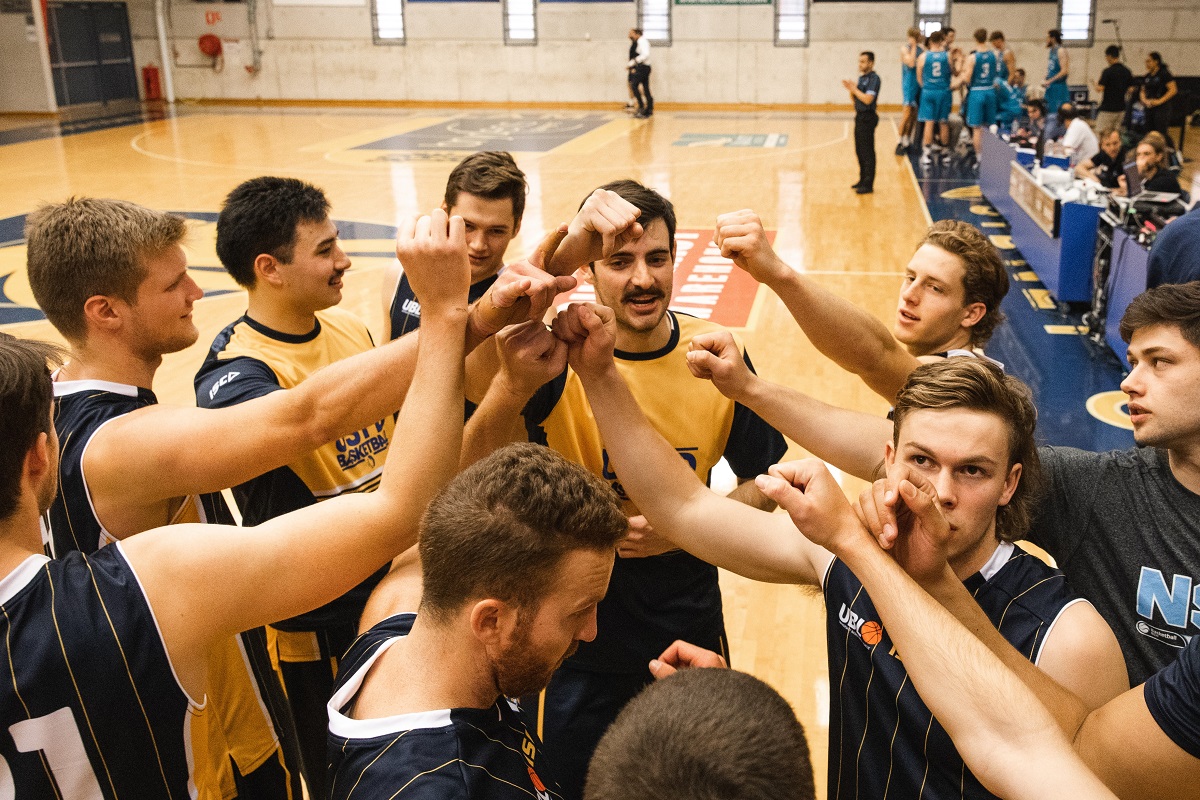 It has been hard to find success stories amidst a year of chaos and uncertainty, but there is always a rainbow after a storm. If there was any silver lining to come from 2020, it has made us show a greater appreciation and value for the beauty of community sport and its ability to unite and inspire society, as displayed by the triumphant winter campaigns of many of SUSF’s sporting Clubs.

After a period where there was genuine belief that sport may not see another day until the new year, SUSF’s Clubs represented their emblem proudly and made the most of the situation that was handed to them, performing exceptionally in a shortened season where every win carried heavier weight. We take you through the stories of glory that gave us inspiration in the face of turmoil.

This is not just about what happened on the court, this is a narrative of resurrection and the rebirth of basketball at Sydney Uni. The Intervarsity Series against UTS provided USYD’s most talented basketballers a chance to represent their university in a competitive environment. This is the first component of a bigger master plan for the sport of basketball at USYD of which the ultimate goal is to develop greater student engagement and provide pathway opportunities for athletes to excel in the sport. With the Basketball Club now in a stronger position, we saw the men’s and women’s teams competing fiercely in their first hit-outs, with the former winning the series 3-1 while the latter went down 0-4 to a formidable opposition. The event has laid the platform for the future and has reignited a thirst for the sport. The Club looks forward to competing in the 2021 University Basketball League (UBL) – a competition introduced by UniSport Australia that capitalises on the fast-growing sport in Australia to build a competitive market for universities across the nation.

The Jack Scott Cup is staying where it belongs after Sydney Uni Football Club’s women’s team secured a heroic three-peat to cap off three  undefeated seasons. It didn’t come easy with a gritty Randwick side throwing everything at them, scoring the first two tries before the reigning champions came storming home to claim a 22-17 victory. A tremendous achievement that has established them as Sydney’s most dominant rugby Club.

For the second year running, the Hockey Club qualified its top five women’s teams for grand finals, with first grade leading the charge in an undefeated season. The fairytale story continued on a climactic grand final day, with the Club adding four premierships to the trophy cabinet that sent celebrations wild. The first grade side accounted for Northern District Strikers 3-nil at the Olympic Park Hockey complex, with striker Alice Arnott topping the goalscoring for the season with 11. Sydney University also claimed the third, fourth and fifth grade titles for 2020, with thirds defeating UNSW 3-1 in the season decider and fourths accounting for Glebe 1-nil. Fifth grade won a penalty shoot-out 3-2 after they were drawn 2-all with St George when the final whistle sounded. Second grade lost their grand final 2-1 to Macquarie University, while sixth grade missed out on a finals berth after finishing sixth at the end of the regular season.

Having lost three consecutive grand finals, the Australian National Football Club finally tasted glory in their fourth attempt at a men’s Premier Division trophy, knocking off rivals UNSWES Bulldogs 54-45 in a grand final thriller. With no NEAFL being played this year, the Premier Division title was all the more coveted and was the top prize to be won in 2020. Winning results trickled down into their lower grades with the men’s division one and two teams sealing premierships the week before in a massive effort from the Club to dominate across the grades!

Victorious in Volleyball. It has a nice ring to it. And a premiership medal sounds even better.Sydney Uni Volleyball Club’s men’s Div 1 and Div 2 teams took care of business in the Sydney Volleyball League finals, bringing home the gold in nail-biting affairs as both teams won five-set thrillers. The men’s Premier team fell short at the final leg, losing 3-1 to UTS to wrap up the silver medal. Overall, the Club had five of seven of their senior teams compete for medals in a fantastic year for all involved.

The Club Championship and Sydney Uni Soccer Football Club are a match made in heaven. For another year, the women’s teams wrapped up the Club Championship with a remaining homeand- away fixture to play, while the first and reserve grade sides sealed the minor premierships and set themselves up in a sturdy position to chase another title. These results further cement this Club’s status as the number one female soccer program in the country. Unfortunately, first grade fell short in the grand final with a 2-1 loss to Manly United, however reserve grade were crowned champions with a 3-1 victory over FSNW Institute.