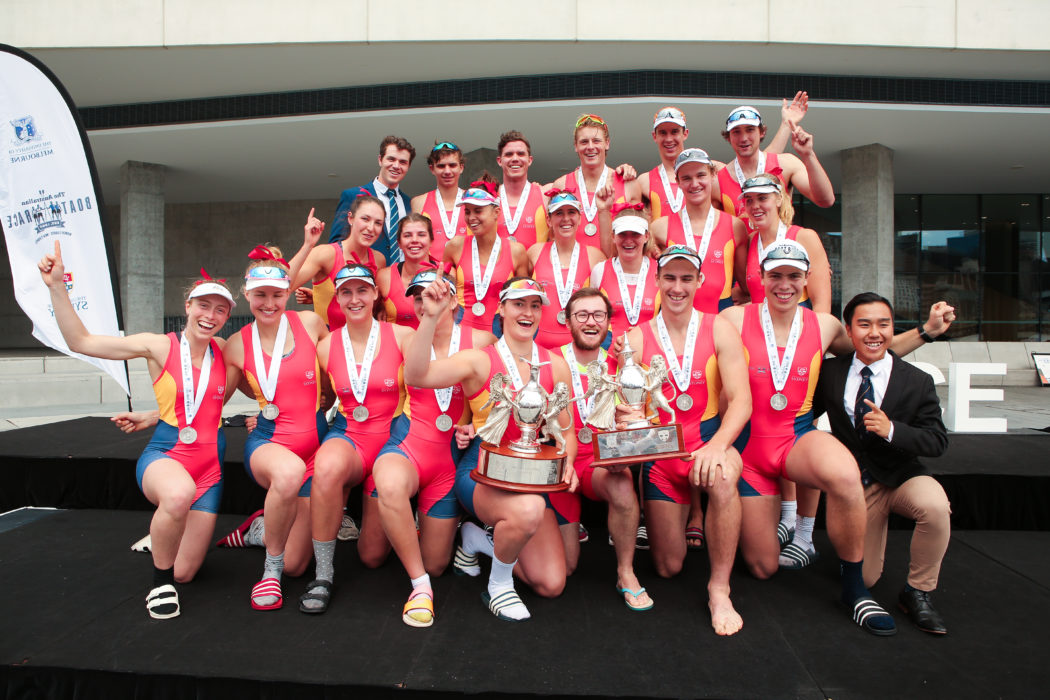 The recent amalgamation of Sydney University Boat Club, originally established in 1860, and Sydney University Women’s Rowing Club, established in the late 1960’s, marks an exciting development for rowing at Sydney University. The Club celebrated the opening of its new “Thyne Reid” Boatshed at Burns Bay, Lane Cove, in early 2017, nearly eleven years after the previous boatshed, which served for 42 years, was destroyed by fire in March of 2006.

SUBC has produced many champion oarsmen and oarswomen, including World Champions and Olympians. At the 2012 Olympics in London, SUBC had 10 athletes in the rowing team and nine SUBC athletes and one SUBC coach represented Australia at the 2015 World Rowing Championships. SUBC saw three of its athletes compete in the 2016 Rio Olympics; Cameron Girdlestone, Alexander Belonogoff and Sally Kehoe, with Cameron and Alexander going on to win the Silver Medal in the Men’s Quadruple Sculls and Sally placing 3rd in B Final for 9th overall in the Women’s Double Scull.

The club complements an elite rowing program with a range of other rowing programs extending from Learn-to-row, Talent –ID, club, development and right through to masters rowing.