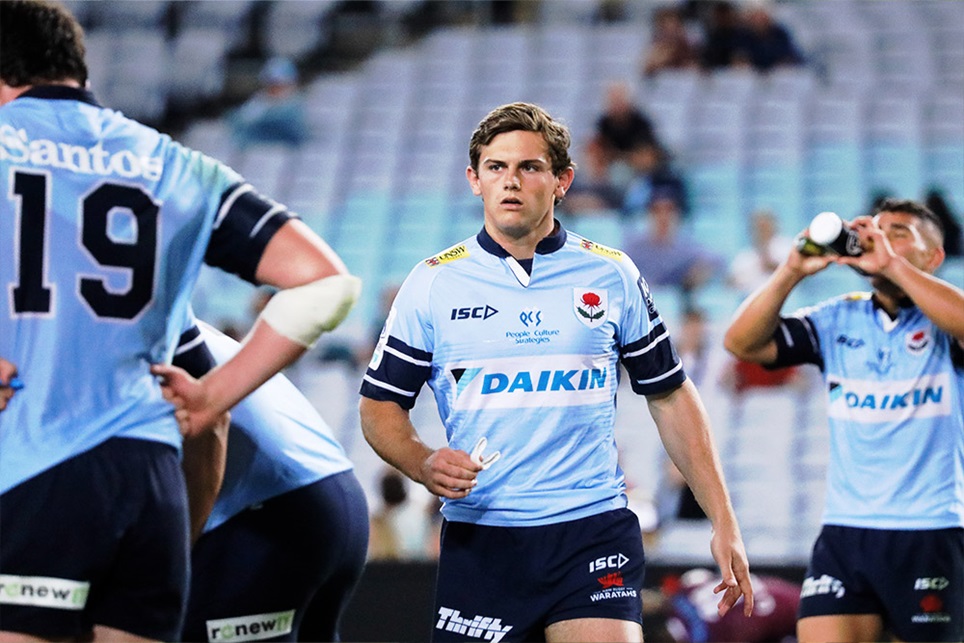 Robertson to stay with Waratahs

Sydney University Football Club scrum-half, Henry Robertson has re-signed with the NSW Waratahs for another season.

The former Scone junior has had a rapid rise through the ranks since arriving on campus from The King’s School in 2018 and joining the SUFC Colts program and the Waratahs academy.

Robertson made his Shute Shield first grade debut for the Students in 2020 and later that year was selected in the Australian side to contest the Under 20 World Cup in Argentina, where the Junior Wallabies went down 24-23 in the final against France. His efforts on that tour earned him a wider training squad contract with the Waratahs in 2021.

An injury to Sydney University and Waratah teammate, Jake Gordon opened the door for Robertson to make his Super Rugby debut this season, coming off the bench against the Brumbies in round 2, and featuring in five games in the 2021 Super Rugby campaign.

Robertson’s re-signing with the Waratahs preceded the announcement of the new Super Rugby Pacific Competition for the 2022 season, which will include Moana Pasifika and Fijian Drua who will join the five Australian and five New Zealand sides.

“I’m grateful for the opportunity to play for the Waratahs and represent NSW, Robertson said at his re-signing. “Playing for the Waratahs has always been a dream for me and to get the chance earlier this year was a proud moment for myself and my family. Playing that first game of Super Rugby made me even more motivated to work hard and put myself in the best position to be able to wear the sky-blue again next season.”

“Robbo is the ultimate team man and a great asset to the Waratahs. His attitude and work ethic are second to none and he is consistently one of our best on the training paddock,” Whitaker said.

“He had his chance in Super Rugby earlier than we thought he would this season, and he proved he’s up to this level. I’ve been really impressed with his development since graduating from our Academy into the main squad. Robbo has a lot of potential and an incredibly bright future here at the Waratahs.”