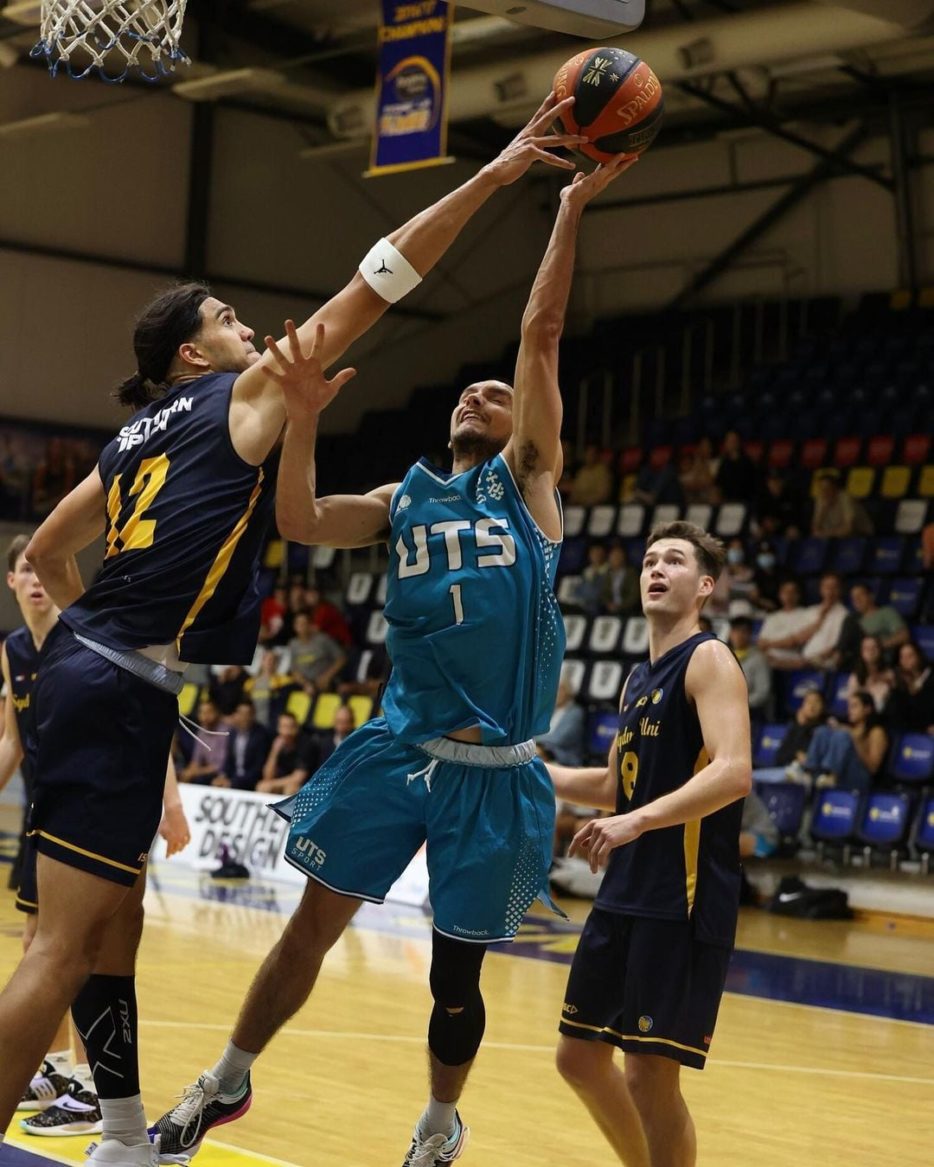 Pair of wins in season openers

Alex Higgins-Titsha (17) and Archer Woodhill (16) led the scoring for UTS.

Sydney University led 20-15 at the first break and 41-32 at half-time before UTS hit back in the third quarter to go to the break leading 59-55. The tense final quarter saw Sydney University post 27-20 to collect the opening round points.

Sydney University’s women’s team posted a 55-40 result over UTS with Holly Wills leading the scoring with 14 points, while Daila Walker led the scoring for UTS with eight.

The Sydney University teams will travel to South Australia to take on the University of Adelaide in Round 2 matches on Tuesday, March 29.

The University Basketball League Australia (UBL) is back for its second season in 2022 with 11 women’s and 11 men’s teams taking to the courts for an epic eight-week battle across the country culminating in a two-week final series.

The inaugural season in 2021 was disrupted due to the Covid pandemic, with the University of Sydney leading both competitions at the time. It will be a tougher ask this season with the expanded competition including five states and over 100 games being played.

The 2022 UBL will include eight weeks of round games. Which commenced on Monday, 21 March, and culminate in a new home and away finals format to determine the 2022 UBL champions.

“The opportunity to represent their university in a national tournament was highly valued by the seven founding teams in 2021 so we are looking forward to a bigger and better UBL in 2022,” UniSport CEO Mark Sinderberry said.