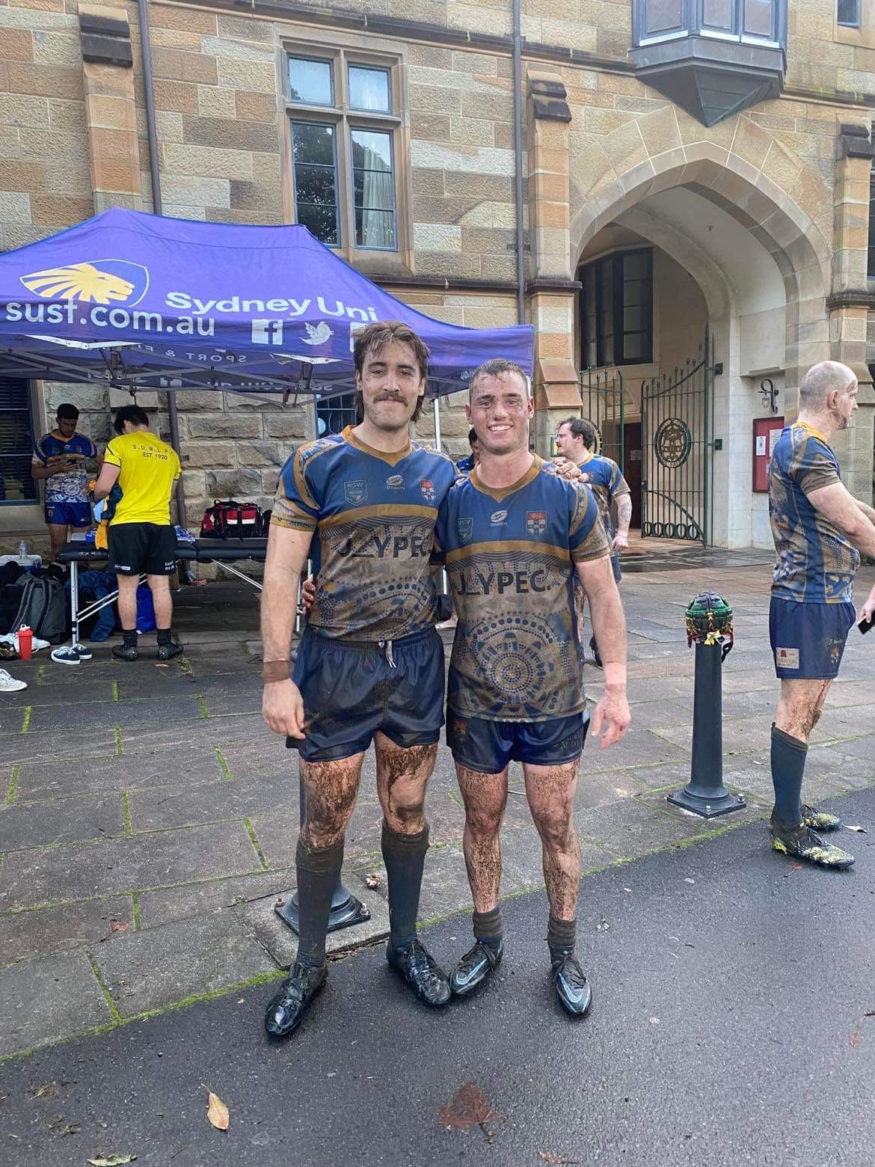 Old Boys’ Day proved a bittersweet affair for Sydney Uni – a bitter 46-4 loss to TAFE, but some sweet memories of actually getting to stage the event.

It all took place at St Paul’s College, with the picturesque grand old buildings overshadowing the waterlogged pitch. The college deserves thanks for letting the game go ahead at all, and club stalwarts warrant congratulations for persisting and finally getting to stage what is an important event on the Lions’ calendar.

The old boys in attendance were quick to point out the poor form of their former teammate Mick O’Neill, who had sent his apologies. His clashing itinerary included a wedding on the Isle of Capri, a Rolling Stones concert in London, and centre-court tickets for Wimbledon. Past players suggested he should get his priorities in order.

It was a quaint setting, but the young Lions succumbed again. TAFE played the conditions much better and ran in four first-half tries to lead 22-0 at the break. They picked up where they left off, with another four in the second stanza.

The Polecats dominated possession and territory, often kicked early in the tackle count, and three of their eight tries came from the dummy-half burrowing over in the greasy conditions.

Unforced Uni errors simply muddied the waters. Uni did not set foot beyond the halfway line for the first 15 minutes of the second stanza. Other TAFE tries came from sustained pressure and then strong runs close to the line.

As has been the case all year, Uni persisted until the end, denying TAFE a half-century and then scoring the last try. The sweeping movement that enabled Kepa Rika to score in the corner was a sign of Uni’s capabilities, but too little too late.

Despite the loss, there were some solid performances for Uni. Myles Fowler, Harry Croker and Angus Bowen toiled manfully. Christian Maini, Kade Spear and Storm Burazer were solid as expected.

Will Hurst’s family made the effort to attend the day, and he continued his solid form, turning in a players’ player performance for them.