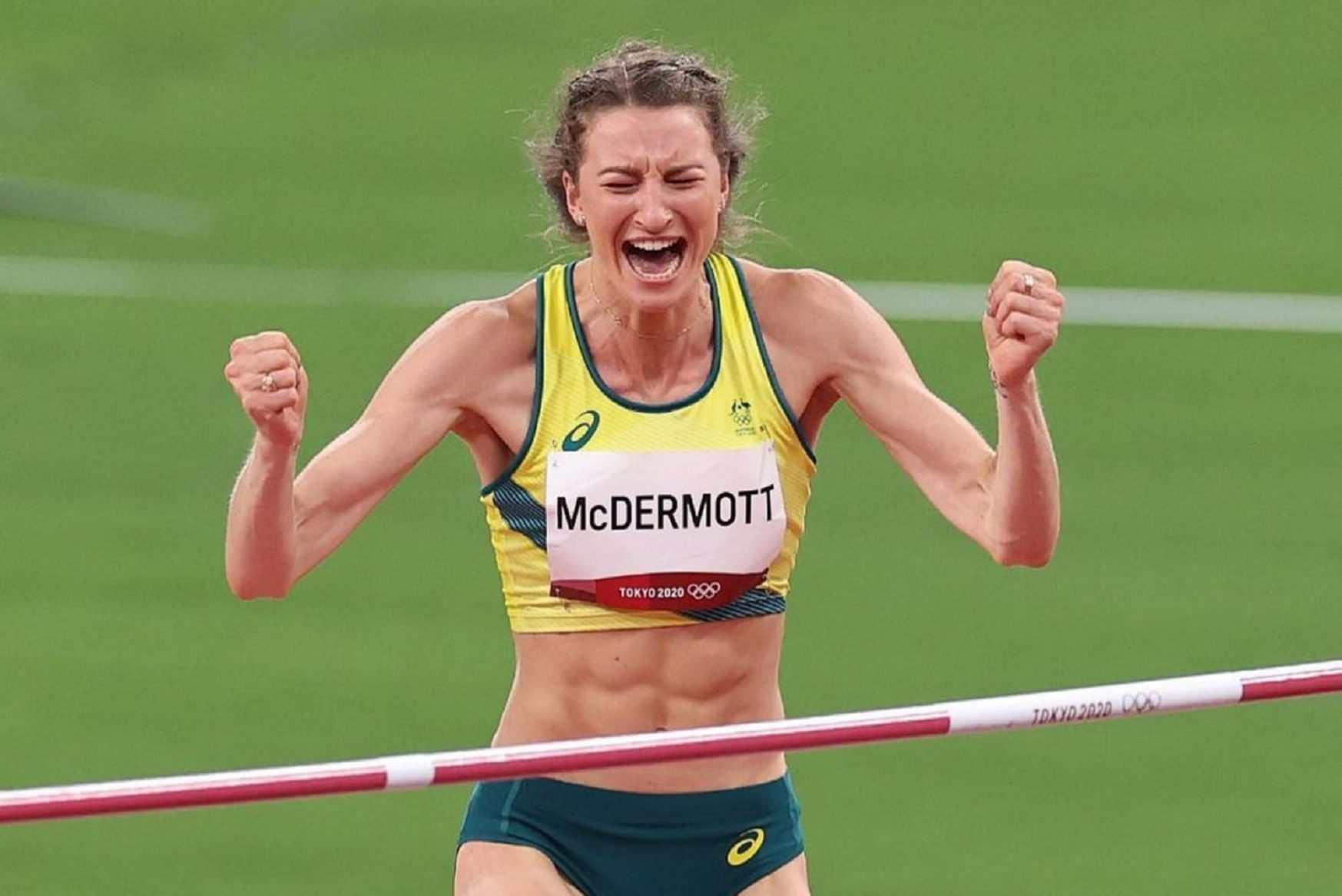 McDermott’s silver medal leap of 2.02m was a personal best, surpassing her 2.01m effort at a Diamond League meet in Stockholm a week prior to Tokyo. It also made her Australia’s best female high jumper of all time – no Australian woman had jumped two metres before.

She cleared 2.02m at her second attempt and just clipped the bar at 2.04m. Russian Mariya Lasitskene, the three-time world champion, won gold with a jump of 2.04m, while the bronze went to the Ukraine’s Yaroslava Mahuchikh with 2.00m clearance.

McDermott, 24, a Bachelor of Science student and Sydney Uni Sport & Fitness Elite Athlete Program member, now has her mind set on the world record of 2.09m and perhaps a gold medal at the Paris Olympic Games in 2004.

“It’s such a dream really,” McDermott said. “I went into this competition at the Olympics thinking that anything is possible, and I had faith enough to go whatever the high jumper, whatever the height. Just (to) keep jumping because I really believed that I was able to be in that top three.”

McDermott’s future in the sport was determined at a young age at a school athletic carnival. “When I look back, I guess most eight-year-olds are not thinking about one day jumping two metres in the high jump,” she says. “But back then I was tall for my age, and I had these long legs. My parents put me through a lot of different sports as a child. I had tried swimming, surf lifesaving and tennis and I was useless.

“But it was a school athletics carnival that determined my future. I won pretty much every event that day. Dad then took me to Little Athletics and high jumping became my sport. I loved jumping over the bar and landing on a mattress. I was nine years old when I jumped 1.36m at the NSW Little Athletics Championships and that’s been in my memory bank ever since.”

Nicola said achieving PBs every year has been a team effort, starting with her coach Matt Horsnell, who has kept her focussed and continue to enjoy the sport and competition. “He’s an inspiration,” she said. “Matt and I are good mates and on the same wavelength. He’s very laid back about the way I train and approach events but we’re very determined individuals so we don’t cut corners.

That 10-year plan might have to be extended to Paris.