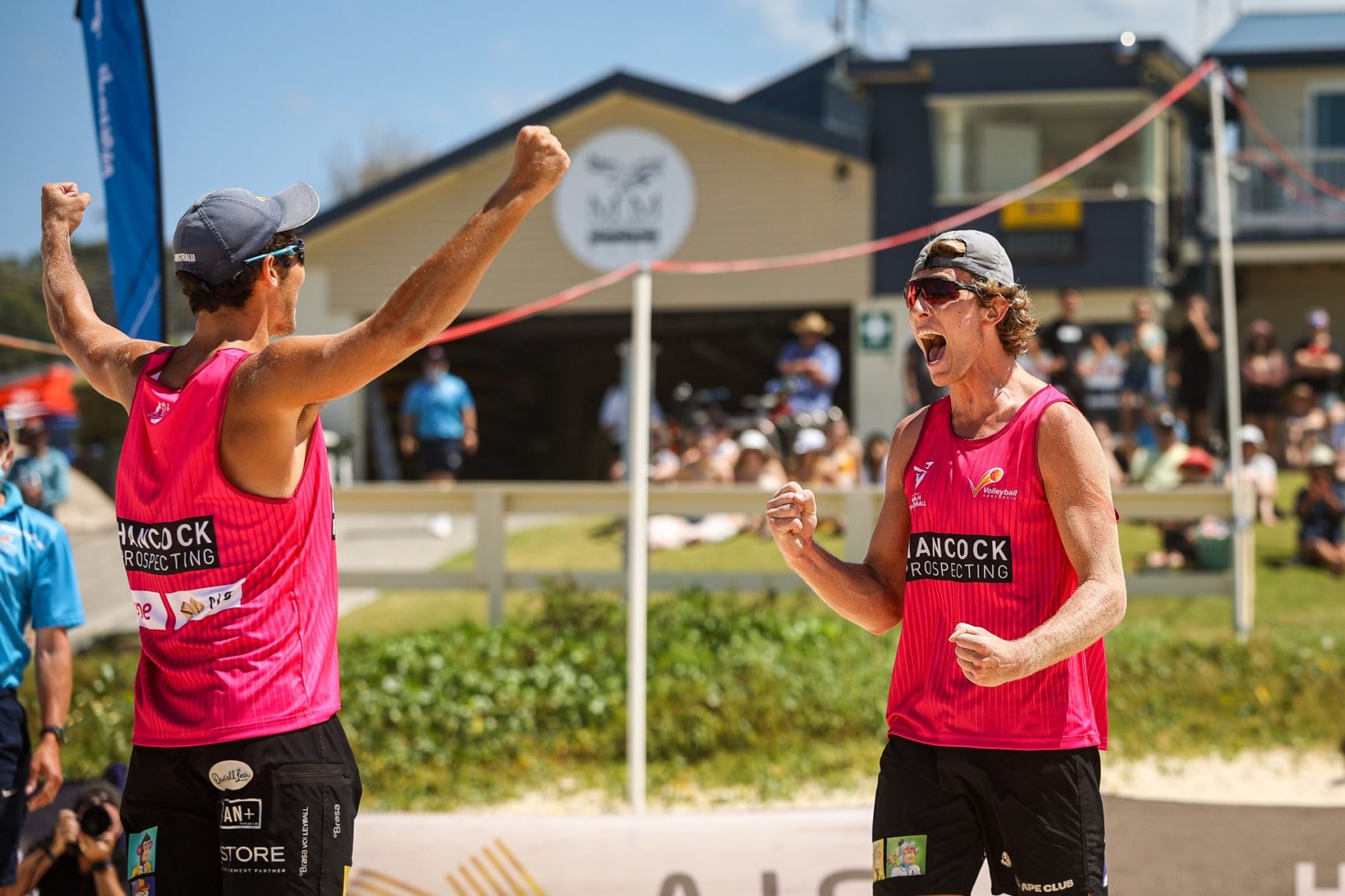 Life’s a beach for Izac

The Sydney Uni Sport and Fitness Elite Athlete Program member and his partner Mark Nicolaidis – the third seeds on the tour – accounted for tour leaders Chris McHugh, a 2020 Tokyo Olympian, and Paul Burnett 2-0 (21-15, 24-22). It was a replay of the Cobram, Victoria, ABVT final two weeks earlier, when the 2021 Asian Champions McHugh and Burnett won in straight sets. While the ABVT is the highest level of beach volleyball in Australia,Carracher has tasted gold before, in the final of the 2019 UniSport Nationals.

The final at Mollymook beach was played in hot and windy conditions, with Nicolaidis and Carracher maintaining their calm under pressure and adapting to the gusty conditions to win in straight sets. The duo have had several quarter-final and semi-final attempts over the years with different partners, but this year marks their first full season as teammates – a partnership that’s clearly working as Cobram’s silver medal was the first National Tour medal for both athletes.

“It’s awesome, we’ve been grinding the tour for a few years now and we had an opportunity in Cobram but couldn’t get the job done,” Carracher, a University of Sydney student, said. “To come up against a talented side that has won an Asian Championship and has an Olympic Games player, and to get the win is an awesome achievement, we’re stoked and couldn’t be happier. We’ve been trying to play together for a few years now but Covid seemed to be doing us dirty, so to have the opportunity to come out this year, have a good preparation and really get some results under our belt is awesome.”

Coming into the gold-medal match as the underdogs, Nicolaidis said the windy conditions worked more in their favour than for their taller opposition. “It was the windiest it had been all weekend so you do have to change your game style a bit, and it was more to our advantage as we run pretty small and quick so the wind can’t grab the ball a lot,” he said. “It was just lights out for both teams on the service line, a few more errors but a lot more aces. We just had smiles on our face the whole time, and that’s the energy we want to take into the next few events.”

The Australian Beach Volleyball Tour will now make its way to Manly on 4-6 March for the third stop of the vice event ABVT, which doubles as the 2022 Australian Championships.

With Carracher and Nicolaidis having raised the bar, anything is possible at Manly.