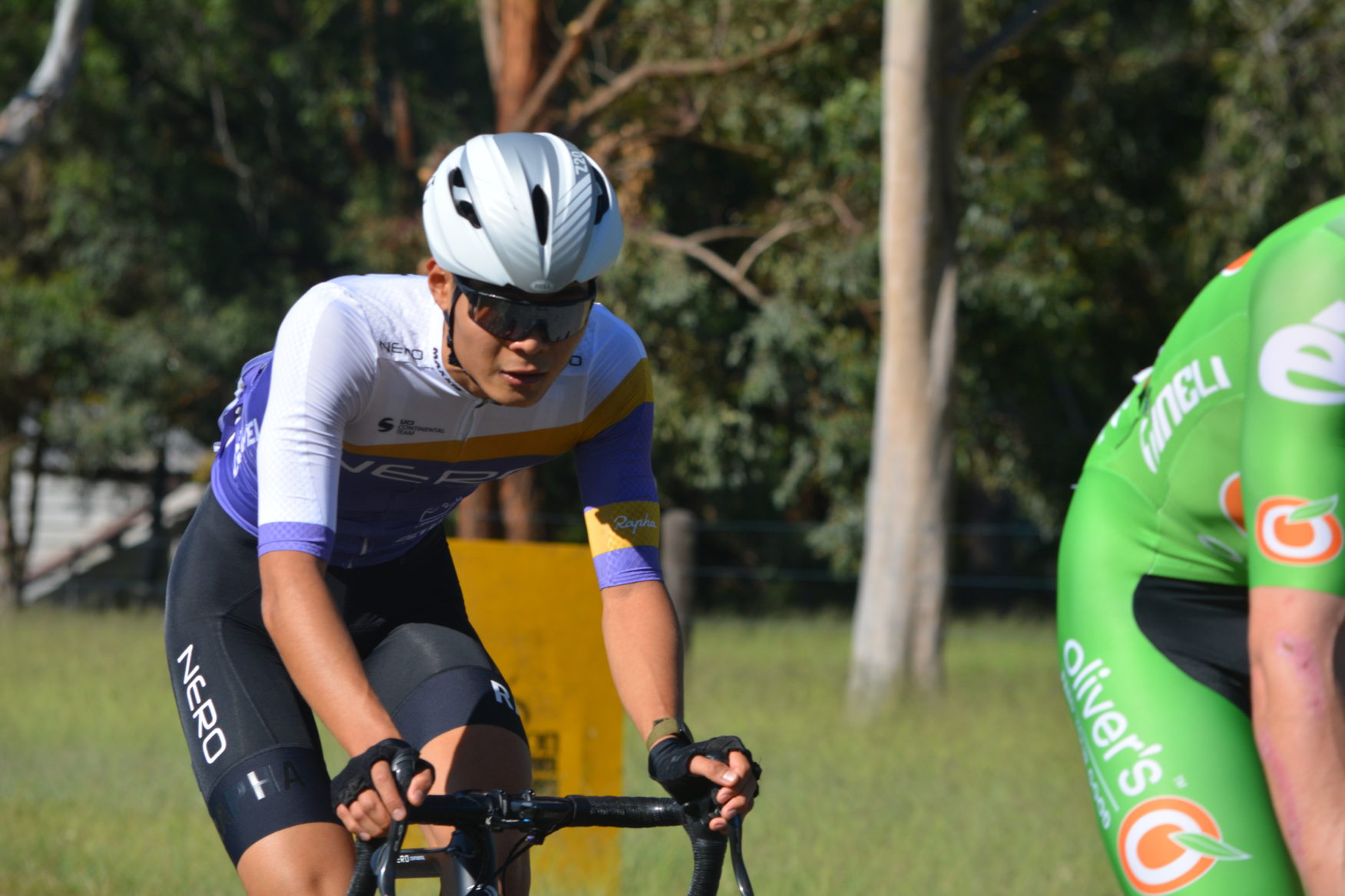 Sydney University Velo Club rider Leo Yip is living the dream – completing a Bachelor of Science (Health and Nutrition) degree and, off campus, competing at the highest level in road cycling.

On the latter front, he was a member of team Nero Continental that finished a very credible second behind team Inform TMX Make in the 60th Grafton to Inverell Classic last weekend.

“Because of the terrain, it’s one of the more gruelling long-distance races in the country,” Leo said. “It’s a one-day event and attracted 20 teams. Our team member Sam Hill finished second behind Rudi Porter in the individual results. Most of our team members are either full-time training or working part-time.

“The Tour of Brisbane is coming up in July and we as Team Nero Continental will be competing there. We’ve had a shortened calendar this year because of COVID. We were prepared to compete overseas; the Tour of Taiwan was on our program.”

Originally from Hong Kong, where he caught the cycling craze as a seven-year-old, Leo came to Australia in 2019 via the US.

“I went to the US for the most of high school and was on a cycling scholarship in Virginia and California,” he said. “I then enrolled at the University of California, Davis, where I spent for two years studying nutrition and competing in at the elite domestic racing scene.

“I’ve raced all over the globe including East Asia, Europe, North and South America – I have a full passport.”

Because of the lack of competition in the US and the uncommon support from his university in California, Leo’s coach suggested he should look to Australia to complete his degree and have a greater chance at taking his career to the next step.

“The road racing scene here is now much bigger than the US. Australia is producing many of the world’s best riders.” Leo said. “So I went online to check it out and came across the University of Sydney’s Sport Scholarship scheme and the Elite Athlete Program (EAP). I rang and they suggested I apply once I gained academic entry to the university.

“The EAP is the reason I moved to Australia. I was very grateful to get on the program. It’s been fantastic, particularly managing tutorial, assignment and exam dates and times. Cyclists are treated equally with other sports on the program.

“I’m the student representative on the Sydney University Velo Club which is open to the public as well as students. I took on the role when I came to the university in 2019 to manage the student side of things. We only had three student members of the club then, we now have 25.

“When I finish my last semester in November I’ll still be part of the club. I’m hoping to stay in Australia and work in product development in the health and nutrition field.”

On the cycling front, Leo’s ambitions include road cycling at the Olympic Games, with the 2024 Paris Games on the radar. That would really be living the dream.