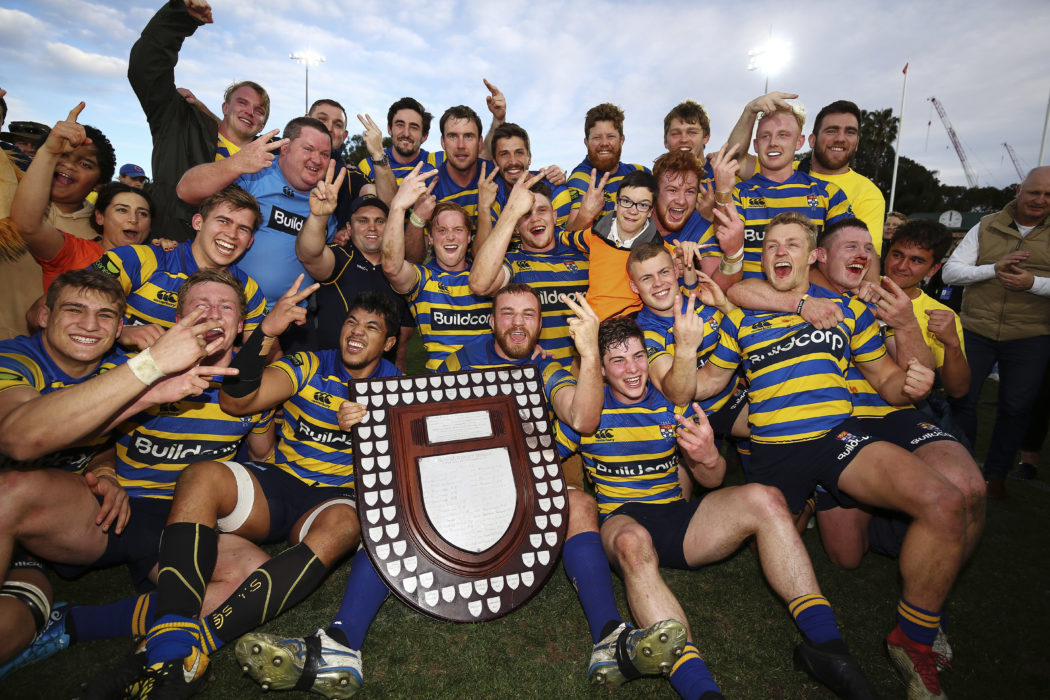 Legend and stories passed down from players of the past, date the origins of the Sydney University Football Club (SUFC) to 1863 with matches against crews of visiting naval ships. The Sydney University Football Club is the oldest club outside of Britain and the eighth oldest in the world after Guy’s Hospital (1843), Dublin University (1854), Edinburgh Academicals (1857), Liverpool (1857), Blackheath (1858), Richmond (1861) and Sale (1861).

On the afternoon of 19th August 1865 a rugby match was played on the University grounds. After an exciting struggle, which lasted an hour and a half, during which no goals were obtained by either side, the game was stopped owing to a misunderstanding with regard to the rules. – Sydney Morning Herald, 22 August 1865.

The Sydney District Competition was established in 1900. Prior to 1900 SUFC won eighteen 1st Grade competitions and five 2nd Grade competitions, with a first past the post system. SUFC has won 32 1st Grade Premierships and 118 Premierships in total across all Men’s Grades and Colts teams since 1900. The Club has had great success in recent years, consistently featuring in and winning, Grand Finals. The Club has won the Club Championship 24 times, including the last 16 years in a row. In 2019, all 8 SUFC teams competed in their Semi-Finals, with 6 teams playing in Grand Finals, we went on to win Premierships in 1st Grade, 2nd Grade, 4th Grade, 1st Colts and the Women’s. As well as 5 Premierships, the Club also secured 3 Minor Premierships, 1st Grade, 3rd Grade and the Women, and 1st Grade also won a number of perpetual trophies during the 18 round competition. Including, the White Ribbon Cup v West Harbour, the David Brockhoff OAM Cup v Eastern Suburbs, the Poidevin Farr-Jones Cup v Randwick, and the John Thornett Cup v Northern Suburbs. For a detailed insight into the statistical history of the club, including club records and representative statistics click here. Established in 2005, the SUFC Juniors are going from strength to strength. Currently, SUFC has three affiliated Junior Village Clubs in Canterbury, Petersham and Balmain who provide the opportunity for young players to learn and play rugby from age 5 to 17 years. Both girls and boys are welcome. For more information on our Juniors Program click here. Each year the Women’s branch of the club enters a team Sydney Women’s Competition, playing for the Jack Scott Cup. Established in 1995 the club has a long and rich tradition and has been proud to produce numerous Wallaroos and Aussie 7s players, as well as NSW 7s and Sydney XVs representatives. In 2015, 9 SUWR players were selected in the Sydney XVs representative team, 5 in the Wallaroos squad, 8 in the NSW 7s team and 3 in the Aussie 7s squad. In 2015, SUWR also regained their title of Premiers taking out the Sydney Women’s Rugby Union Premiership. Other from participating in the Sydney Women’s XVs competition, the club also participates in numerous 7s tournaments throughout Spring and Summer. The women’s team welcomes players of all skills and abilities and you need not be a student of Sydney University to register.