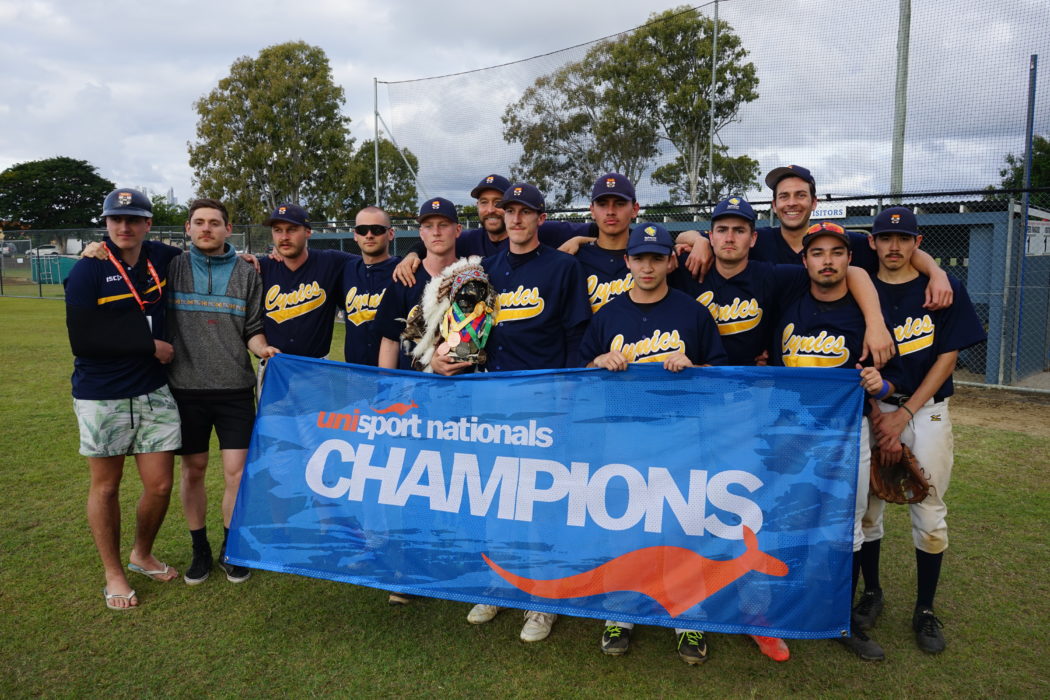 The Sydney Uni Baseball Club was established in 1904, making it one of the oldest and most traditional clubs in Australia.

We are part of Sydney University Sport and Fitness, arguably the most prestigious sporting organisation in Australia, which dates back to 1852 and has produced more Australian representatives and won more major competitions than any other club in the country.

‘Cynics’ were a group of ancient Greek philosophers who believed that ‘virtue is the only good and that the only means of achieving it is self-control’. They would never retreat from society, and would live in the full glare of the public’s gaze and would be quite indifferent in the face of any insults which might result from their unconventional behaviour. This, accompanied with with academic history of the club, proves to be a fitting title.