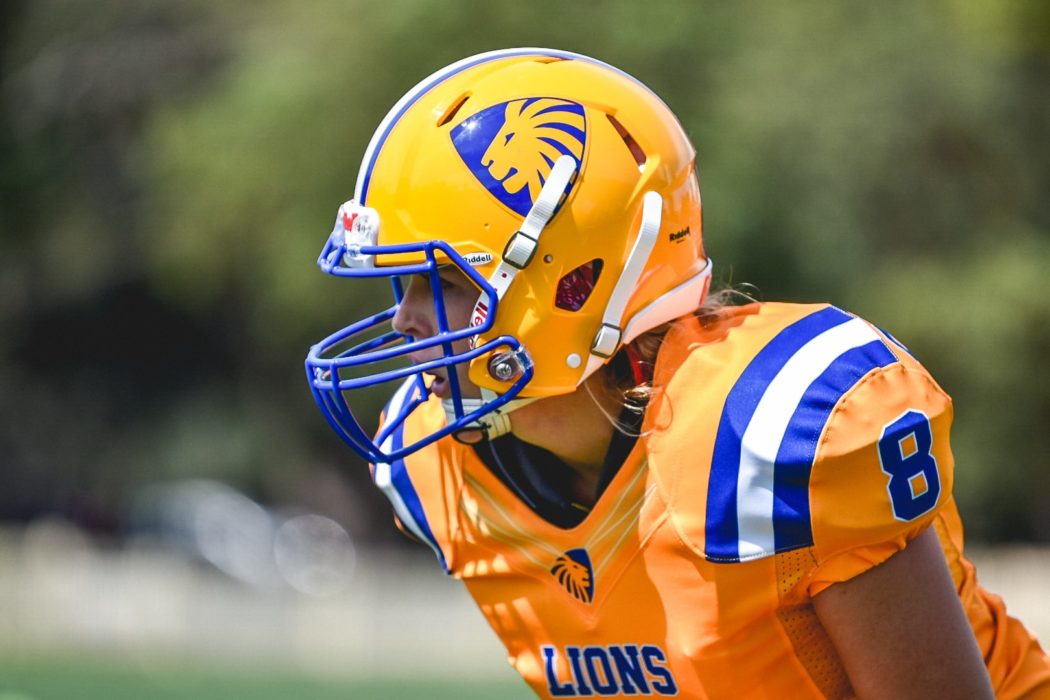 Sydney Uni has teams for Men, Women and Colts (U19) in the peak competition for American Football (Gridiron) in New South Wales. We also run a Social Flag (touch) competition.

The Lions are the current Gridiron NSW champions and have won more NSW titles than any other club. Every year, about a third of our team is made up of players who are completely new to the sport. If you are willing to give it a go, then we have the coaches and the equipment to make you part of our championship team. The Lions and Cubs will commence preseason in early May, with the Gridiron NSW competition season starting in late August and running through to mid-December.

To get involved, please send an email with your date of birth and a brief sporting resume to [email protected]

The club entered a team in the Gridiron NSW Women’s competition for the first time in 2018. The Women’s team will play a full contact 9-a-side version of the game in full equipment. The Women’s team will be run in parallel with our successful men’s program, with pre-season commencing in early May, trainings being held on Wednesday evenings and Sunday mornings on campus and the competition season commencing in early September and running through to mid-December.

To get involved, please send an email with a brief sporting resume to [email protected]

Flag Football is a non-contact form of American Football. The game is played with 5-aside and involves all of the passing you see in the NFL. It is fast, athletic and a great way to get fit. The club is running a mixed Social Flag Football competition on Wednesday evenings between 6.15pm – 9.30pm at St Andrews Oval, Sydney Uni, commencing on 21 March 2018.

To join the competition or find out more about playing Flag Football, click here.