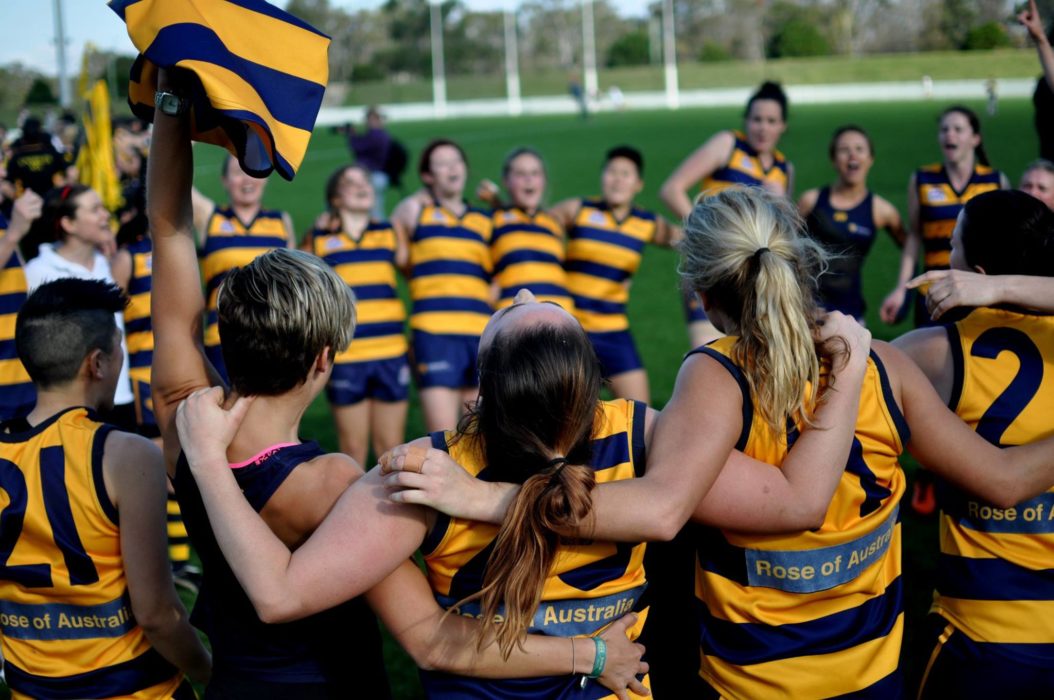 The Growthbuilt Sydney University Australian Football Club (SUANFC), run entirely by its members, is the oldest Australian Rules Club in NSW and the fourth oldest in Australia. SUANFC offers all members, students or community members, the chance to play AFL in an inclusive environment, welcoming of all skill levels and experience. The club is a ‘home away from home’ for many interstate players coming to Sydney to study or for work. SUANFC fields 10 teams in the Sydney AFL competition, across both the Men’s and Women’s grades, so no matter your skill level there is a place for everyone at SUANFC.

SUANFC fields a team in both the Men’s and Women’s Premier Division competition and provides a location for some of NSW’s most talented players to continue to develop their skills and participate in a high standard of football competition under quality coaches and a structured high performance program. SUANFC also fields teams in the divisional grades of the Sydney AFL competition, both men’s and women’s, which allows the club to cater for all skills levels, experience and ability. The club also fields two U19’s Men’s teams in the Sydney AFL competition. With a strong focus on player development and connections with a number of junior clubs in the area, the SUANFC U19’s program is a breeding ground for future AFL stars and has seen a number of talented junior players develop and move into the Premier Division program as well as 2nd-tier programs.

SUANFC prides itself on its strong club culture of a club run by players for the players, and welcomes anyone interested in being part of the club, whether it be as a player or a volunteer. SUANFC welcomes everyone and anyone to come down, give AFL a go and play a part in this great club that has been going since 1887!