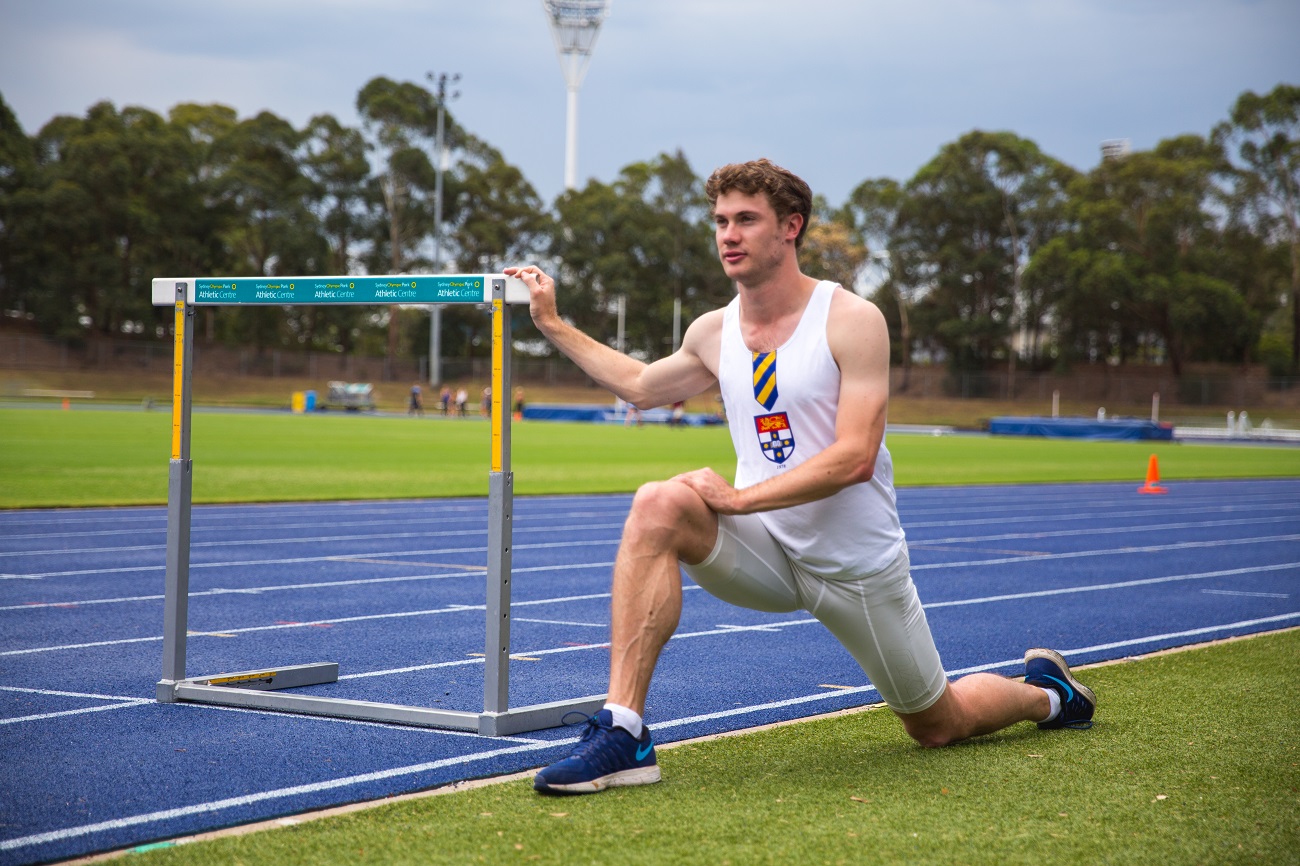 This prestigious medal is awarded to a person who graduated or completed the requirements for a University degree in the 2017 calendar year.

Nigel C Barker was the University’s first Olympian, competing in the 1906 Intercalated/Interim Olympic Games in Athens.

Hough, who graduated from the University of Sydney last year with a Bachelor of Information Technology (Honours), is a member of Sydney University Athletics Club (SUAC) and Elite Athlete Program alumnus.

In April 2018, Hough won the University of Sydney’s first medal of the Gold Coast Commonwealth Games, finishing 3rd in the 110m hurdles final with a PB of 13.38 to take bronze. He placed 4th at the Glasgow Games in 2014.

Nick has won Sydney Uni Sport & Fitness’ Sportsman of the Year twice (2012 and 2015) and has be nominated a number of times on top of this, including at the most recent 2017 Awards. He has also been awarded Sydney University Blue, named Blue of the Year in 2013.

At 16-years-of-age Hough entered international competition with a bang at the 2010 Youth Olympics, claiming gold in the 110m Hurdles.

While just missing selection for the Rio Olympics in 2016, Hough rebounded, making the Australian team for the 2017 London Athletics World Championships.

Indeed 2017 was Hough’s year in the high hurdles as he achieved a number of Qualifying Commonwealth Games times with a succession of barnstorming runs on the European summer circuit, it all paying off with a medal at the 2018 Games.

Last night’s awards celebrated the achievements of the University’s alumni and recent graduates, highlighting their significant contributions to the University and wider community.

The award recognises honours bachelor’s degree graduates who have shown strong leadership and enriched the diverse landscape of the University of Sydney.

The former Sydney University Soccer Football Club (SUSFC) member and Sydney University Blue recipient was acknowledged for her positive impact on the community; contributing to developing sustainable solutions in her community, for example, leading an all-important StreamWatch group that tests water quality in bushland reserves.

Congratulations to all three athletes.