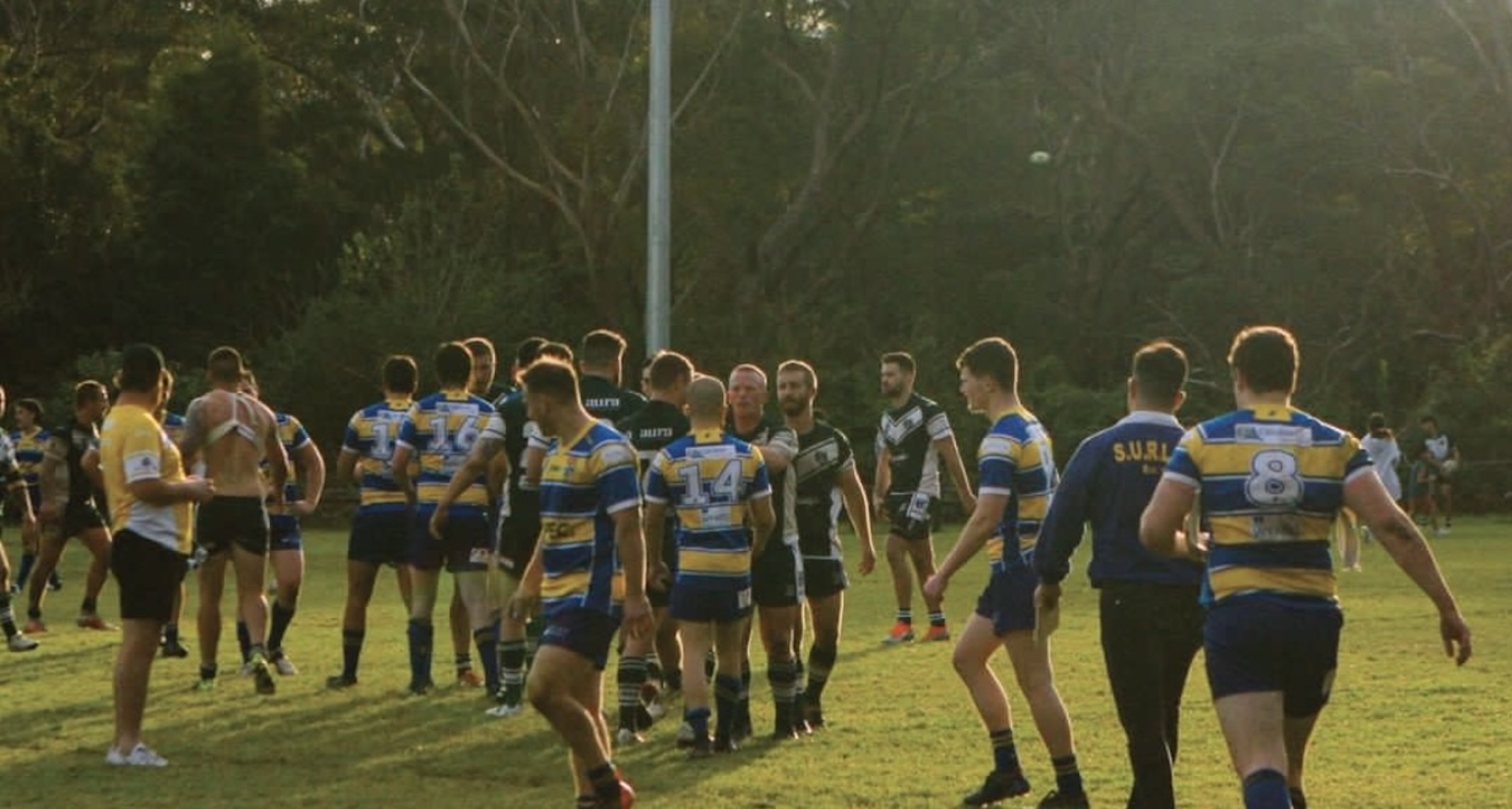 Forestville successfully defended their bush burrow on Saturday with a 30-16 win over Sydney University in the Sydney Metro League.

The Ferrets have carved a home ground out of pristine bushland, and Uni’s unforced errors aided and abetted their determination to create “fortress Forestville”.

Forestville scored their first try after only two minutes – on the third tackle of their first set in Uni territory with their left centre running 40 metres untouched. He was in again about eight minutes later, running a straight line from a scrum move after Uni turned over the ball with a forward pass.

At 10-0 down, Uni seemed off the pace early, a common theme this season. But Forestville knocked on from the kick-off, and on the third tackle of their first set in good field position, player-coach Jake Vrahnos skipped across field and linked with John Downes running a determined line. The backrower bustled over, Max Linden-Smith converted, and just like that, Uni were back in the game.

The Lions took the lead with 13 minutes remaining in the first half. Vrahnos pinned the Ferrets on their own line, and determined Uni defence resulted in Forestville going wide to ruck the ball off their line, only to turn it over. Flankman Ashley Johnson was on hand to pick up the crumbs and a “meat pie”. Linden-Smith goaled from out wide, and Uni led 12-10.

But Uni were again their own worst enemies, committing unforced errors and inviting the Ferrets to feast on possession they didn’t deserve. Eventually, it took its toll, and the home side’s pivot scored under the posts. It was duly converted, and Forestville took a 16-12 lead to halftime.

They extended the lead to 22-12 about eight minutes into the second half.

Uni had to be next to score to keep the match alive. The young Lions have points in them, and this proved the case when left centre Owen Anderson crossed. It was a delightful shape play from right to left. Max missed, but at 22-16, the game was still in the balance.

Both sides were guilty of forward passes, but Uni compounded their errors by also giving away penalties, and the home side scored two more unconverted tries.

Uni always look likely when they maintain possession, and a beautiful set piece put Linden-Smith away coming through the middle of the ruck. There was enough support for points, but the Ferrets’ fullback intercepted and set sail.

Front-rower and captain Myles Fowler ran him down. It typified the commitment of the man and should be a lesson to everyone pulling on the blue and gold. The game itself was a lesson in “want”.

In saying that, Kade Spear supported his skipper determinedly, and George Tabet made the most of his opportunities at hooker.

Vrahnos lamented that Uni is “not where we should be or where we can be”.

“We haven’t been able to win the ruck since the first round against Bondi,” he said. “It’s the same lapses every week, and it’s not good enough. We’ve always had a small side, and we struggle to get the rub of the green, but we should still aim to dominate.”

There’s still time to turn the season around. Switching on from the kick-off and respecting the ball for the entire game will go some way to achieving it.