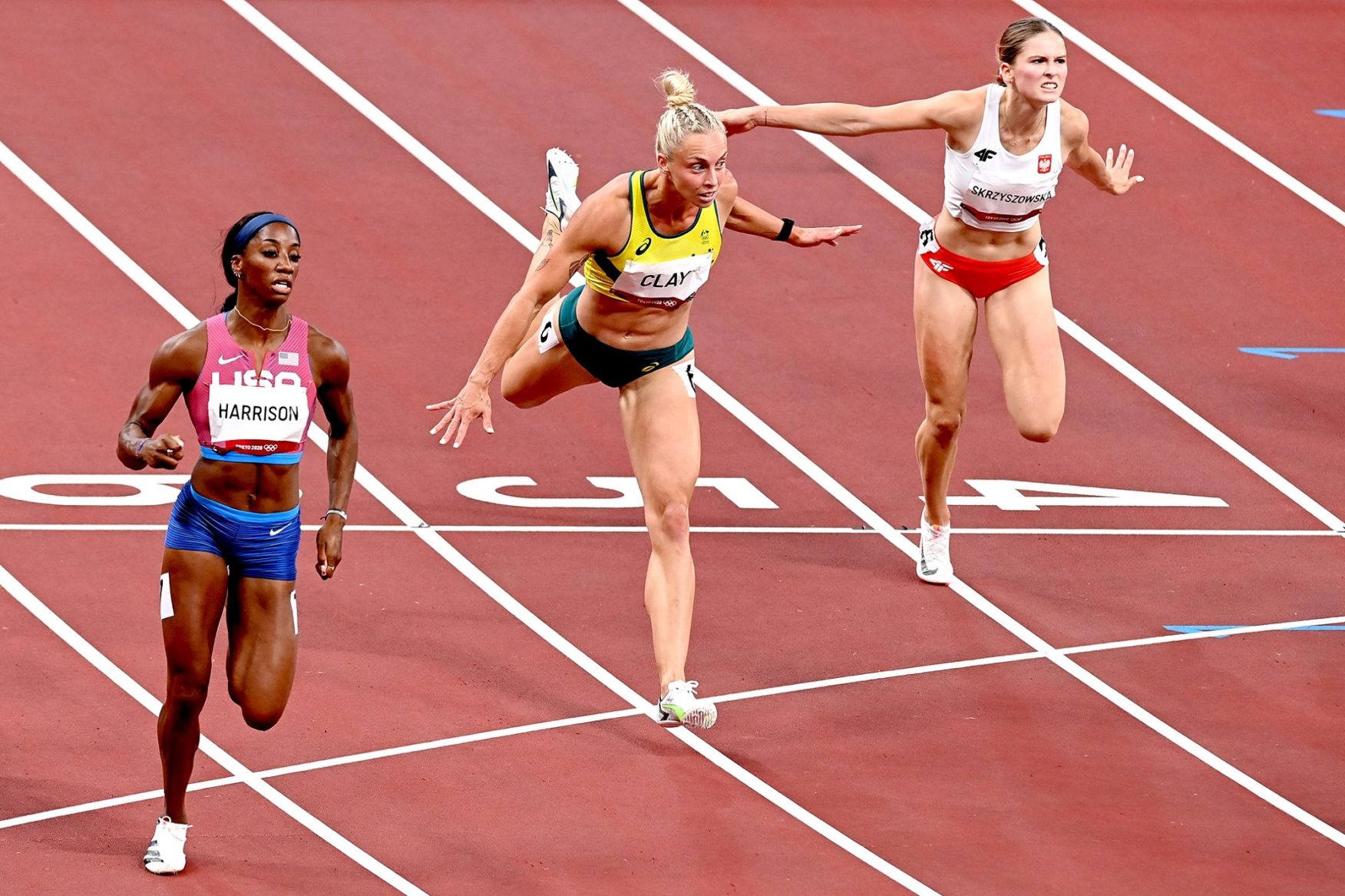 Sydney University Athletics Club member Liz Clay’s Olympic Games dream turned to a nightmare when officialdom denied her a start in the final of the women’s 100m hurdle at Tokyo.

After winning her heat in the smart time of 12.87, Clay then overcame a series of false starts to run third in the semi-final in a personal best time 12.7.

But she was left shattered in narrowly missing out on a berth in the final and a shot at a medal.

Clay said the two false starts in the semi-final caused chaos and confusion. Television replays couldn’t detect any of the runners appearing to break early in the first false start. And there was confusion and frustration when another false start was declared in similar circumstances just minutes later.

“Whatever is happening it has to be sorted out,” Bruce McAvaney said in commentary for Channel 7. “If we have a situation like this in the final of this race or the (men’s) 100m final tonight (it will be a disaster).

“And then a long delay after the break. Too long that delay of six or seven minutes. This is messy.”

Clay said the delays had disrupted the runners. “I’m gutted,” the Bachelor of Applied Science graduate said. “I would have been in that final if it wasn’t for all those false starts. I still think I held my own really well, but I know I’m good enough to be in the final.”

“It is my first major, to hold my cool through that and run a PB, I’m still proud of myself but I wanted it so bad. I can’t believe I didn’t get there to be honest.”

Clay was certainly on song to make the final. She ran PBs of 12.72 in winning the Australian Championship in Canberra in February, a week after she ran 12.84 in the Sally Pearson Shield in Brisbane.

Beck won the 2021 Australian championship in 46.01 to defeat five time national champion Steve Solomon before doubling up to win the 200m title as well, making him the first Australian man in 30 years to win both races in the same year.