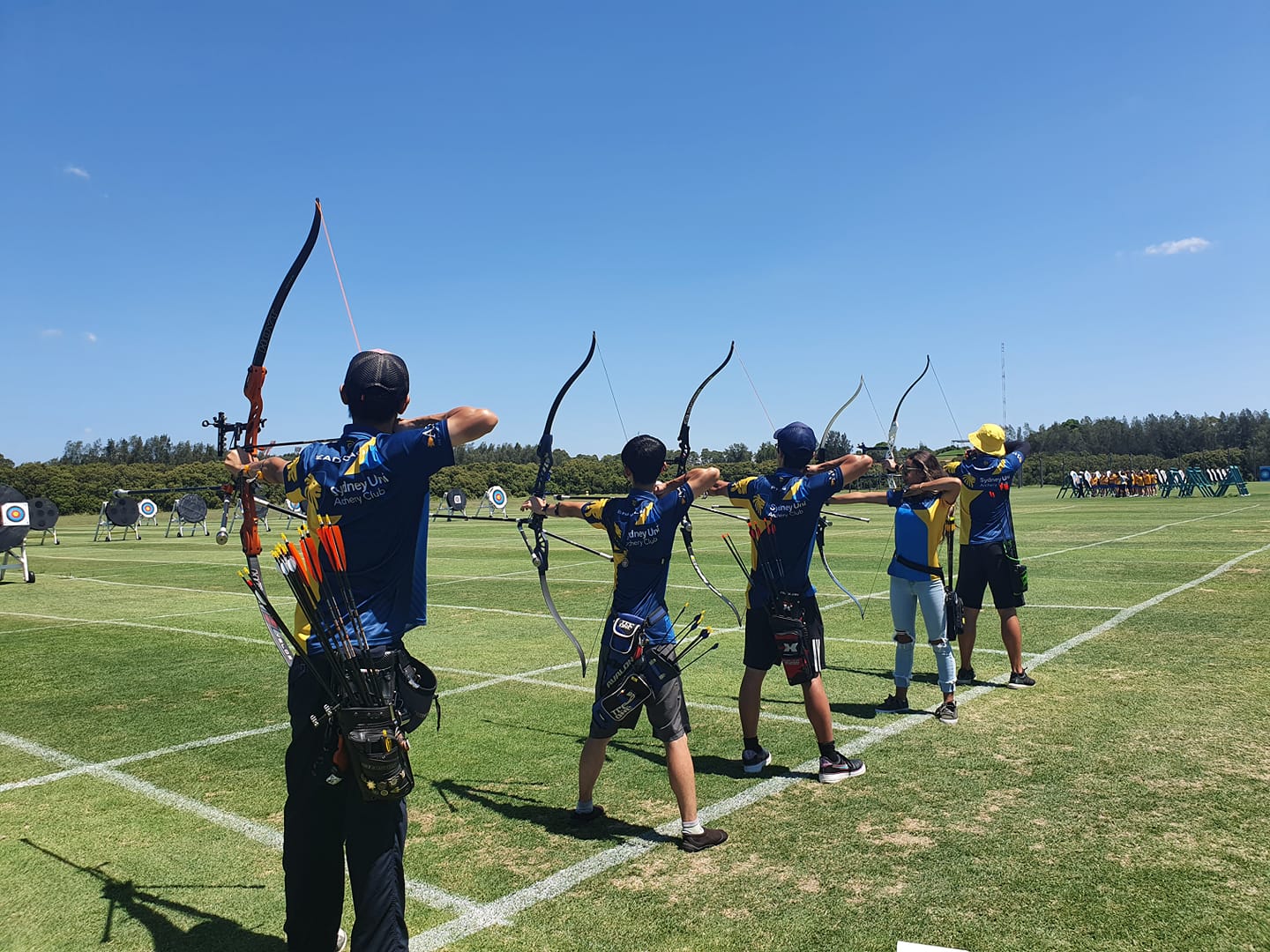 The Keeping the Flame Alive National Tournament recently held in Sydney was a competition Brian Lim from the Sydney University Archery Club will not be forgetting anytime soon. Despite the caliber of athletes present like the Australian National Team, the first-time competitor was not swayed.

“I shot a personal best score of 605/720 at 70m during the ranking round, where I seeded 9th out of 19 archers. This was my first ever match play tournament, and in my first ever tournament match I faced Branden Tse, an archer who’s been shooting for about 4 years, compared to my 14 months of archery experience.”

After the first 2 sets of the match, Brian went down 4-0, potentially one set away from being eliminated. However, composure and form kept Brian in good stead as he worked to even out the scores 4-4.

“We tied the fifth set for a 5-5 score and went into a 1 arrow shoot off, where each archer shoots one arrow. The closest arrow to the centre of the target wins. I shot first to land a solid 8, Branden followed up with his own 8. It went down to a measure and I was declared the winner as my arrow was 1cm closer to the centre than Branden’s. The match win got me into the quarter finals.”

With so much success already experienced throughout the day, Brian was on a steady roll. The quarter final match was set to be played against the best archer in the country and Olympic medalist, Taylor Worth.

“I managed to take 2 set points off the Olympian, tying Taylor twice with an impressive 28 and 29, but he eventually won the match 6-2. After the match, Taylor asked how long I’d been shooting for, and was impressed I shot as well as I did after only 14 months of training. His parting words were, keep shooting really well.”

If this story is any indication of what is to come, the future of Brian and archery at Sydney University just got even more exciting.

Members of SUAC will next compete at the Australian Open in May, held at Sydney Olympic Park Archers. To stay up to date, follow the Archery Club on Facebook. 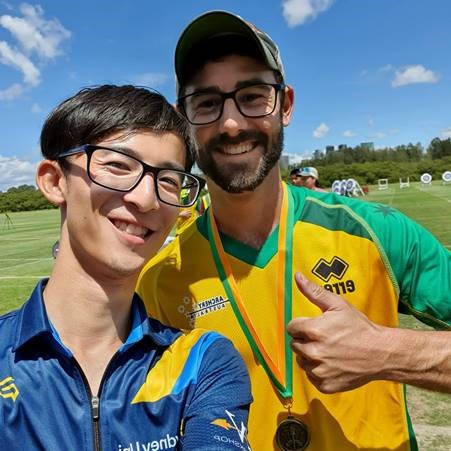 Brian Lim with Taylor Worth