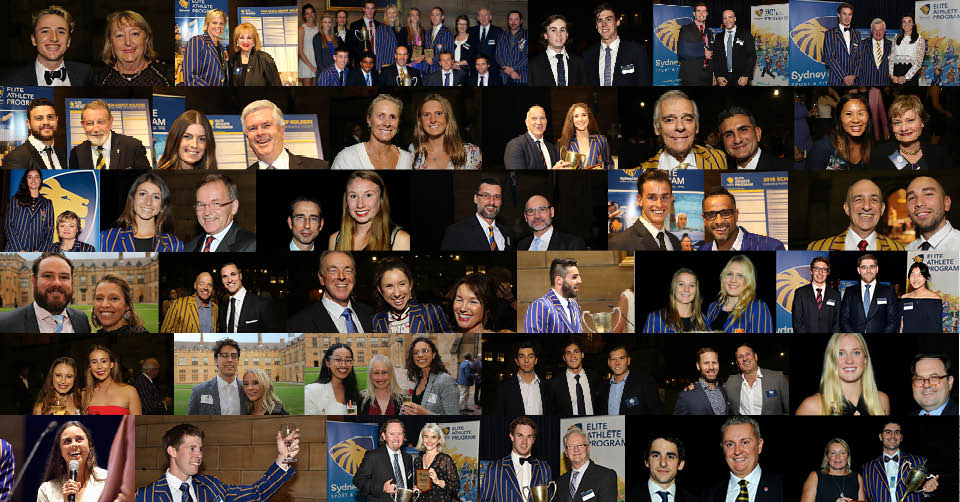 The Sports Awards is a special event in the Sydney Uni Sport & Fitness calendar where we acknowledge our new scholarship recipients and generous donors, celebrate our clubs, athletes and administrators and come together as a community in the name of a shared love: sport.

Due to the ongoing COVID-19 pandemic, the 2019 event was unfortunately cancelled, however in the absence of a celebratory evening together, we are proud to still announce our award winners online. We have also announced our 2020 scholarship recipients.

Please join us in congratulating all winners on their phenomenal achievements in 2019.

COACH OF THE YEAR – MITCHELL LIDDLE

2019 saw the conclusion of Mitch’s ‘3 year plan’ when he first took over as head coach of Sydney Uni Baseball Club, with lofty goals to build from within the youth of the club, and through recruiting and club culture, attract high grade talent from outside the uni. The results were the best of Mitch’s three year tenure as head coach of the club, with second and third grade each successfully defending titles from 2018, and first grade valiantly going down in the first elimination final, meaning first grade made it to playoffs in consecutive years for the first time in over a decade.

Rob led Sydney Uni Football Club to back-to-back Shute Shield Premierships and the Club to its 16th straight Club Championship title. Rob was influential in developing the Club’s rugby program for the year, which led to all 7 teams making it into the finals series, with 5 teams competing in their grand finals, 4 claiming premierships and 5 players picking up professional rugby contracts at the end of the season.

VICE CHANCELLOR’S PARTICPATION PROGRAM OF THE YEAR – LEARN TO ROW

In 2019, Sydney Uni Boat Club’s Learn to Row (LTR) took 24 novices through a step-by-step course on how to row, while undergoing basic tests to determine if they have what it takes to progress through the club program. Eight of these individuals formed the inaugural Mixed Novice Eight that competed against Melbourne University as part of the Australian Boat Race and won, an enormous achievement on its own. This program broke down the main barrier of entry to rowing, cost, due its short and intensive nature, offering program graduates to opportunity to sign up as a full club member for the 2019-20 season.

Carmel, along with her role as Race Secretary, is an integral member of the Swimming Club Committee, and a leader within the parent group. In 2019, Carmel led her team to create a significant increase in the participation in our Race Nights. Carmel took on the option to open up these nights to other clubs within NSW with great success. The Club has doubled the attendance, and therefore the income generated from these events. Well done, Carmel, and thank you.

Chris has been the driving force in the growth of membership across all levels of the club over the past 12 months, with over 300 athletes passing through the shed in 2019. The effort Chris puts into recruitment is the reason so many of the top school leavers join the club – he has created a legacy of youth recruitment and performance that has resulted in the number of senior athletes the club currently has. Chris has also created one of the best networks for alumni and supporters in the country, with his efforts in 2019 directly leading to over $40,000 being fundraised to support development athletes to represent Australia and the University on a global scale, helping to fund national team members and international development tours. Thank you, Chris and congratulations.

Jack always goes above and beyond, helping wherever he can to ensure game days run smoothly. This has often seen Jack hop off the plane having been interstate with the NEAFL team, and going straight to Oval 1 to ensure equipment has been packed up correctly and ensuring all results for the AFL Sydney games have been entered correctly. Many of Jack’s days at home are spent creating detailed analyses of matches to provide to coaches and athletes, ensuring Growthbuilt Sydney Uni Australian National Football Club can compete against the bigger budget AFL teams. Jack’s weekly tasks consist of, but not limited to, competition compliance for Sydney AFL, website content management, club weekly e-newsletter production, match day operations assistance, NEAFL video analysis preparation, general administrative duties, club member registration, grounds, facilities and equipment organisation as well as taking up extra administrative responsibilities in lieu of a GM for two months. Thank you and well done, Jack.

CLUB OF THE YEAR – BASEBALL

The club won the 2nd grade premiership (2nd year in a row) and 3rd grade premiership (4th year in a row), while 1st grade made playoffs for 2nd consecutive year (first time back-to-back in 10 years). They won the UniSport Nationals Div 1 Bronze medal and hosted a highly successful past versus present club day attended by over 30 alumni who helped raise funds for sporting scholarships and the Nationals team.

PREMIER CLUB OF THE YEAR – ATHLETICS

2019 SPORTSWOMAN OF THE YEAR – JAIME RYAN

Congratulations to our 2019 Sportswoman of the Year, Jaime Ryan! Jaime achieved selection for the Tokyo Olympic Games in 2019 through impressive results on the world stage of sailing. In 2019, Jaime placed 11th in the European championships and 35th in the world championships, competing  in the 49erFX class in the Hempel World Cup series finishing the year ranked 7th in the world. Jaime happily makes herself available to SUSF for events and media whenever her busy travel schedule allows, completing her degree at the end of 2019.

Congratulations to Josh Ralph who takes our the 2019 Sportsman of the Year Award. Josh was the 2019 IAAF World Relay Championship silver medallist representing Australia in the mixed 2x2x400m, 800m Oceania Champion in the 800m, silver medallist at the Australia Track and Field Championships in the 800m and gold medallist at the UniSport Div 1 Nationals. Josh also assisted with the setup of Sydney Uni Athletics Club’s Target Tokyo base in Brussels, Belgium. Josh speaks fluent French so was an invaluable asset to the group when dealing with local French speaking officials at various track and field meetings throughout Europe.

Congratulations to all of our winners on this enormous achievement – we look forward to congratulating you in person as soon as possible.