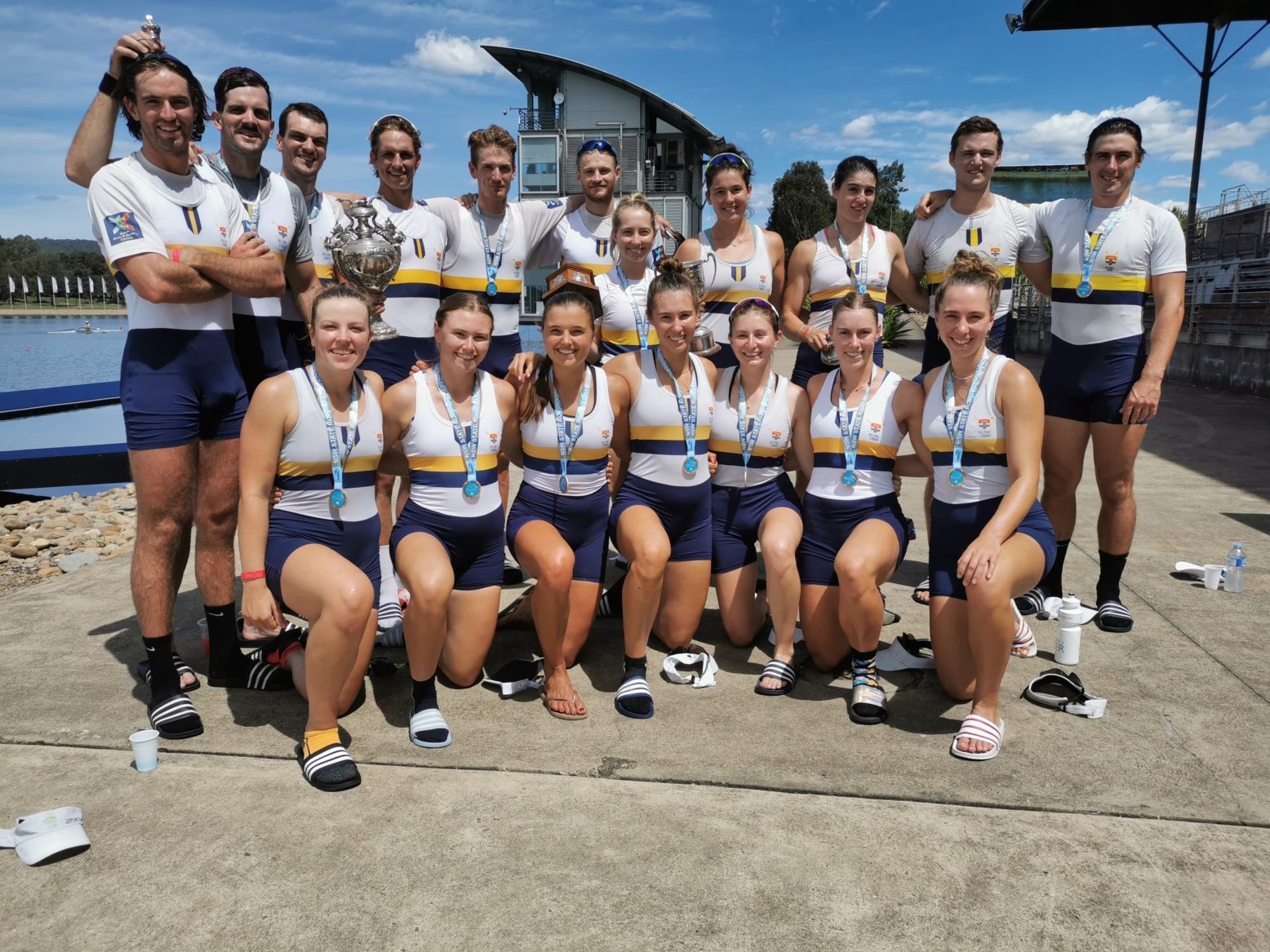 SUBC clean up at the 2021 NSW Rowing Championships

It was a successful weekend for Sydney University Boat Club who headed to Penrith to compete in the 2021 New South Wales Rowing Championships. The three-day event served up a series of weather extremes, none of which could dampen the Students spirits.

SUBC came away with the two coveted Open Eights events and topped the regatta’s overall point score. There was plenty more to add to the trophy cabinet, as the Club claimed 10.75 bronze medals, 10.25 silver medals and 10.5 gold.

A particularly noteworthy performance was that of Uni’s 2nd-year athlete, Tara Rigney’s. The young gun won the Elite Single Scull and the Elite Double Sculls against the top National Training Centre senior athletes on the day.

The 161-year-old Club is no stranger to winning, with the below table highlighting its recent history of results in the NSW Championships Point Score.