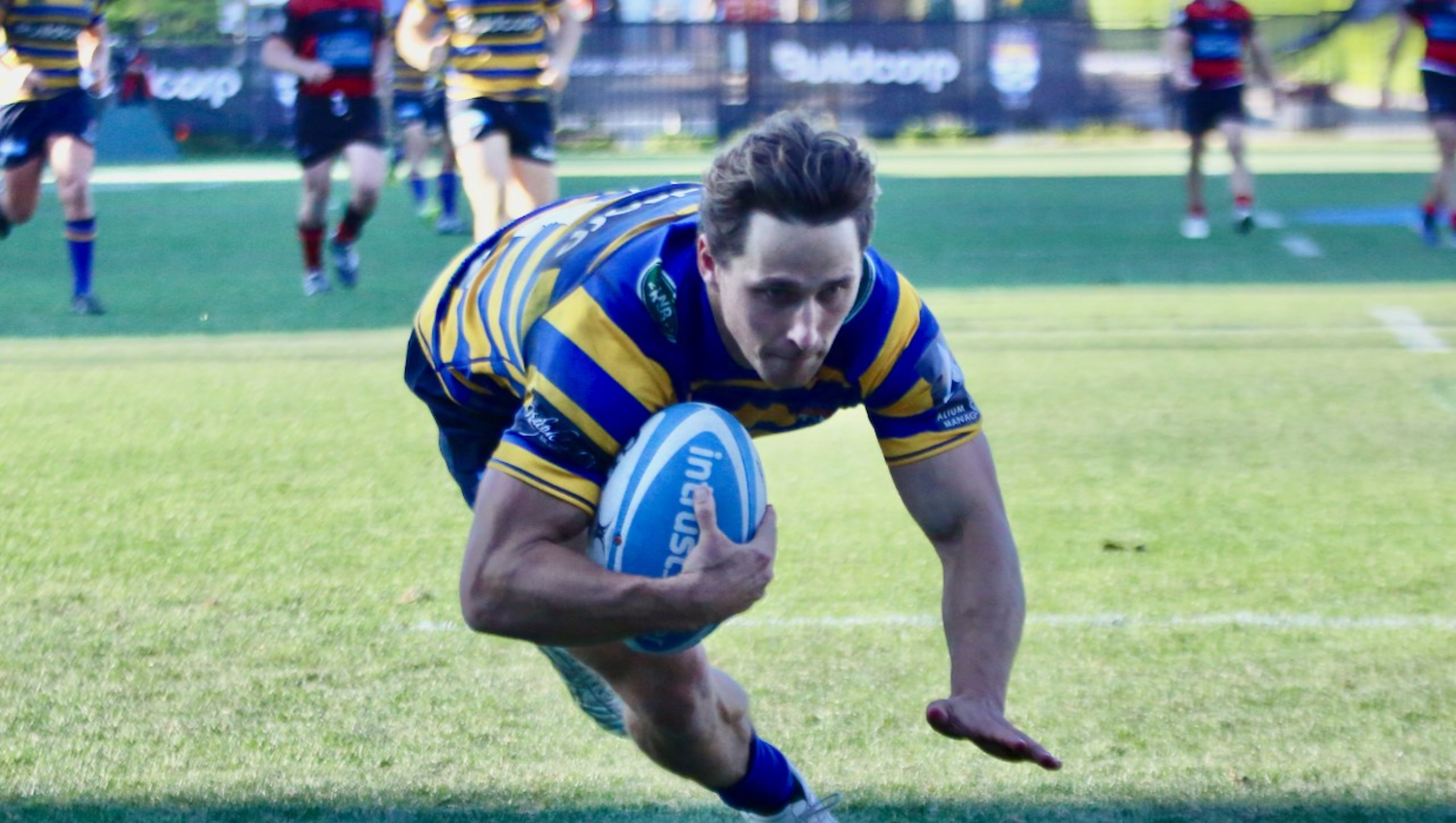 The win secured them a finals berth with one round of the NSW premier rugby competition to be played.

Despite dominating the set piece, possession, territory and numbers, the Students went to the break with a 7-nil lead, thanks to a pick-and-drive try from Wallaby prop Tom Robertson that was converted by five-eighth Stuart Dunbar.

Ill-discipline from Northern Suburbs kept them to 14 men for much of the first 50 minutes, with referee Amy Perrett issuing yellow cards to Declan Carroll (repeat team infringements) and Hugh Sinclair (collapsing a maul to save a try) before halftime and James Margan (lifting tackle) soon after the break.

Dunbar landed a penalty goal as a result.

The combatants traded penalty goals before Sydney University turned on a rolling maul that was collapsed by Sinclair, leading Perrett to award a penalty try.

Matthew Hood put the icing on the cake for the Students when he intercepted a Max Burey pass to run 40m to score and the hosts ended they day with penalty try from a scrum. Dunbar finished with four conversions and two penalty goals for a 14-point haul.

“It probably wasn’t pretty for the people in the crowd, but I thought we put a lot of pressure on their set piece,” Sydney University skipper, No.8 Rohan O’Regan told the Daily Telegraph’s Jon Geddes.

“I think if you look at any successful Sydney University side over the past 20 years, they pride themselves on a really strong forward pack.”

Gordon secured the minor premiership on 50 points with one round to be played in the competition proper, with Northern Suburbs (44), Eastwood (42), Eastern Suburbs (41), Randwick (40) and Sydney University (38) making up the top six.

The Students will meet the Western Sydney Two Blues in the final round game.