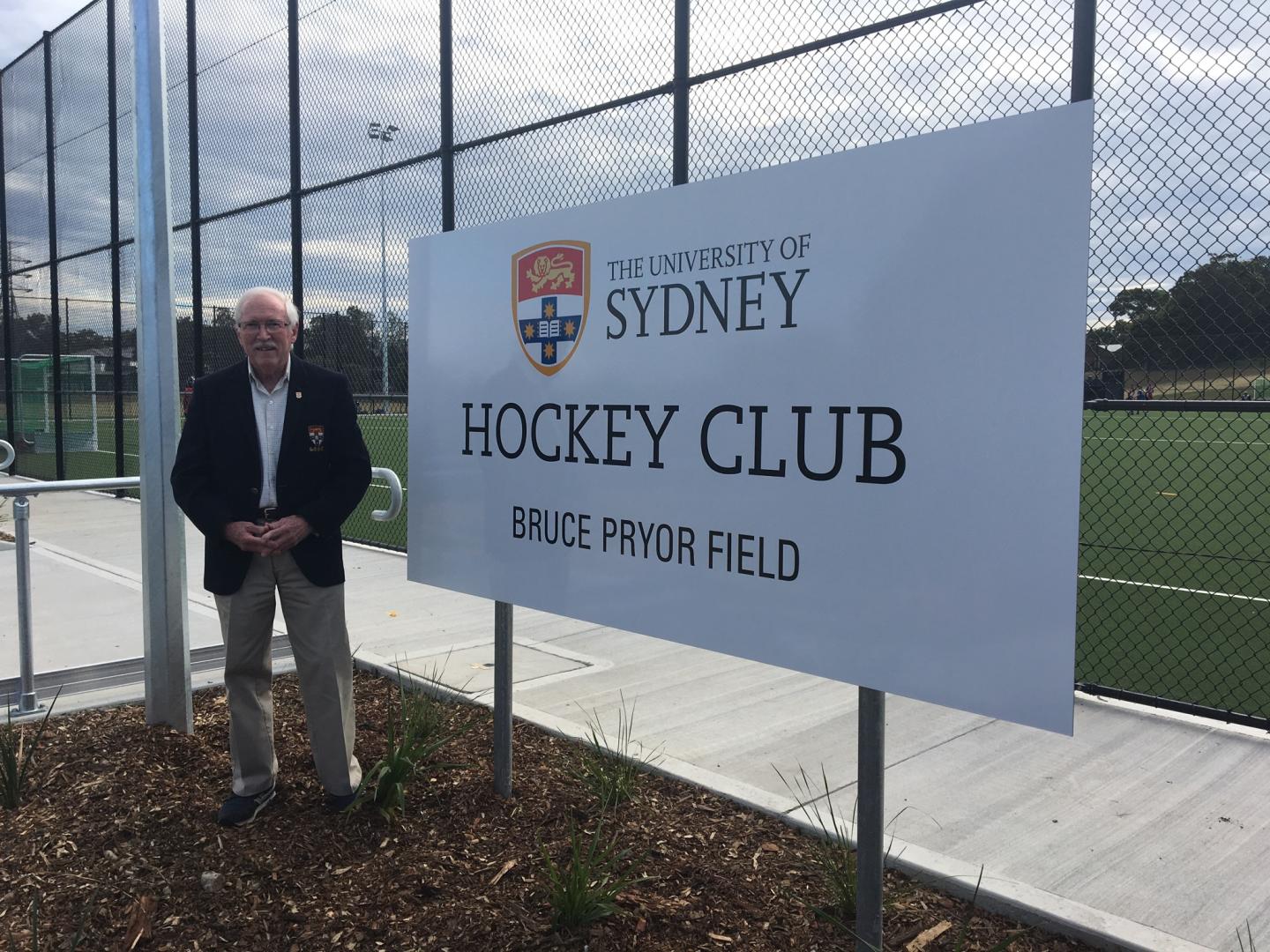 Sydney Uni Sport & Fitness (SUSF) is extremely humbled and honoured to announce it has received its most generous philanthropic donation ever, with the late Bruce and Jenny Pryor bequeathing in excess of $6 million towards hockey at the University of Sydney.

This extraordinarily generous bequest has provisions that SUSF continue to advance the sport of hockey at the University. The home of Sydney University Hockey Club (SUHC), at the Cumberland campus of the University of Sydney, was proudly named The Bruce Pryor Hockey Field last year in dedication to Bruce Pryor’s love, service and generosity to the Hockey Club spanning an astonishing 61 years.

“This is an incredible act of generosity by the Pryors, who had already done so much for the University with an earlier gift of just over $1 million which helped us establish the Bruce Pryor Hockey Field at The University’s Cumberland campus,” said SUSF Executive Director, Robert Smithies.

The funds are to be used for the benefit of the Hockey Club and to improve hockey infrastructure – something that was very close to Bruce’s (and Jenny’s) heart.

He also played in 5 intervarsity competitions from 1957 to 1961, winning the Syme Cup in 1959 in Melbourne and 1961 in Hobart. It would be 50 years until Sydney University won it again.

Bruce was awarded a University Blue in 1959.

At a representative level, Bruce was selected for the Combined Universities Team in 1959, the Combined Sydney 1sts in the NSW State Championships in 1961 and 1962, and played against Pakistan, New Zealand, and Japan.

Bruce’s love for the Hockey Club extended into volunteering his time on the Hockey Club Board – he was a Club selector for many years, Club Secretary, and later became the Club President and Club Patron.

This is an extraordinary moment in SUSF’s history and in the Hockey Club’s own 112-year history.