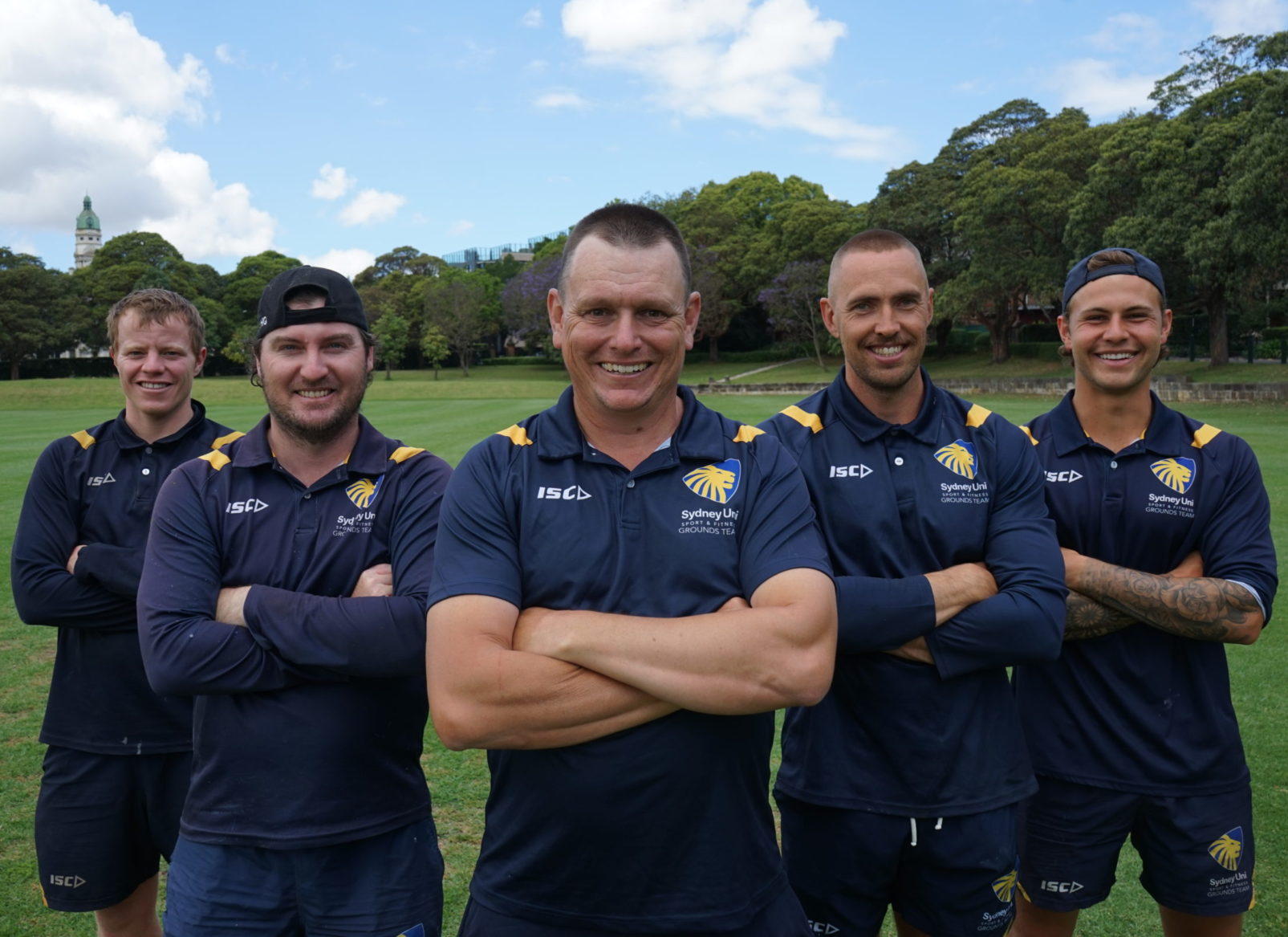 Reap What You Sow

While many of us were contained to our 5km radius, a handful of men from the Sydney Uni Sport & Fitness grounds team ventured onto campus daily. Their role is all-encompassing. From emptying bins and setting up street basketball courts to preparing sports fields, there is no job too big or small for this team.

Often and unintentionally, we overlook their effort. Their work allows students, staff, and the community alike to enjoy sport and recreation on campus. Whether it’s a grand final for one of our field-based sports clubs or a friendly between our colleges, fields are an integral part of this experience.

To uncover more about the day-to-day life on the ground (pun intended), Head Groundsman, Daryl Davidson talks us through his journey from leaving school as a 16-year-old to a groundsman whose cricket fields regularly rank in the NSW Premier Cricket’s top 10.

“Growing up, I enjoyed watching and playing sport but didn’t like school a whole lot. Although I could ace exams without studying, I struggled being indoors, so working outside felt right. I had a taste of that through a work studies program in high school. Soon after, I left and took on an apprenticeship.”

That apprenticeship was with Ashlar Golf Club based in Western Sydney. Not long after starting, the teenager was promoted to Assistant Superintendent, which saw him managing adults almost twice his age. While most would have rested on their laurels, Daryl was determined to upskill and that happened when he landed his next role with Sydney Grammar School (SGS).

“Cricket was always an interest to me, so when an opportunity came up to work at SGS as the Assistant Head Groundsman, I couldn’t knock it back. It was a chance to learn a new part of the sports turf industry from a well-respected manager, so I took it on.”

Looking back, Daryl is thankful he did. His experiences from golf courses to GPS schools led him right to us. 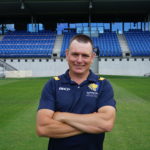 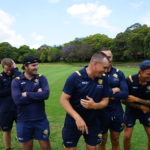 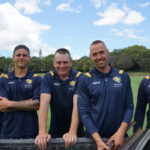 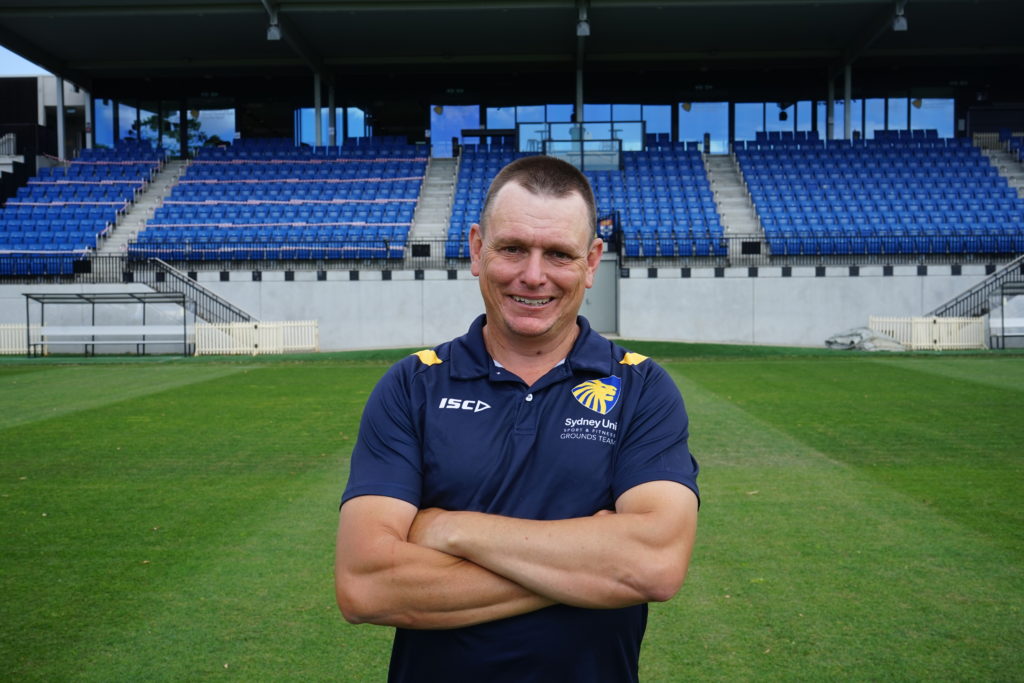 In 2008, Daryl came across an advertisement for the Assistant Head Groundsman at Sydney Uni Sport & Fitness. Initially, there was hesitation as he knew the task ahead of preserving fields that are over 150 years old would become part of his role.

When most saw a dead end, Daryl saw an exciting challenge.

“I often question, what have I done? But back then, I saw a blank canvas that could be turned into a great asset for the sports turf industry.”

Those words have certainly been tested over the past 13 years. With fields that backdate to the 1800s, preparing surfaces for sports ranging from amateur to professional is an ongoing challenge.

“I live 50kms away from work, so there have been times when it’s sunny in Penrith and flooding at the University. Every time a storm rolls past Penrith heading towards the city, my heart sinks, thinking our turfing budget could be blown in one day. That said, if everything were perfect, work would be boring.”

For Daryl no two days are the same. Lockdown and the heavily minimised foot traffic on campus meant Daryl and his men had the time to work on new projects.

This included building our first ever wash down bay area on No. 1 Oval, which was known for being a swamp that attracted insects, adding automatic irrigation to the cricket wicket square, which has cost the team many weekends when it rains; and building six of the eight Manning Lawn Tennis Courts, saving hundreds of thousands of dollars for the organisation. Huge tasks that required an all-in effort.

When asked about the dynamic of the Grounds team, here’s what Daryl had to say.

“The team is really close, with even some of them moving in with each other. We have been hiring qualified greenkeepers from all over the world, which has helped the team bond. They’re making new friends for life who at the end of the day share the same passion.”

Over the years, the camaraderie and friendship within the group have been quite evident. From weekly group sessions in the gym with Personal Trainer, Lou Lou Stanley to entering a touch team into the Lunchtime Social Sport competition, there’s not much time they spend apart. Their collective effort has lifted the profile of our green spaces.

From Darlington to Cumberland, our grounds, particularly cricket, have been recognised as some of NSW’s best. A couple years back, our cricket pitch came second. That alone speaks volumes of their work.

However, the cherry on top for Daryl is knowing the work that him and his team tirelessly devote themselves to, is not in vain.

“There’s nothing better than seeing clubs win on home turf or receiving positive feedback from a professional athlete on your hard work. There is a lot of history on campus, and I’m very proud to prepare sporting surfaces for the next cohort of sporting stars coming through.”

And because of what you’ve sown Daryl, they’ll reap that and more.