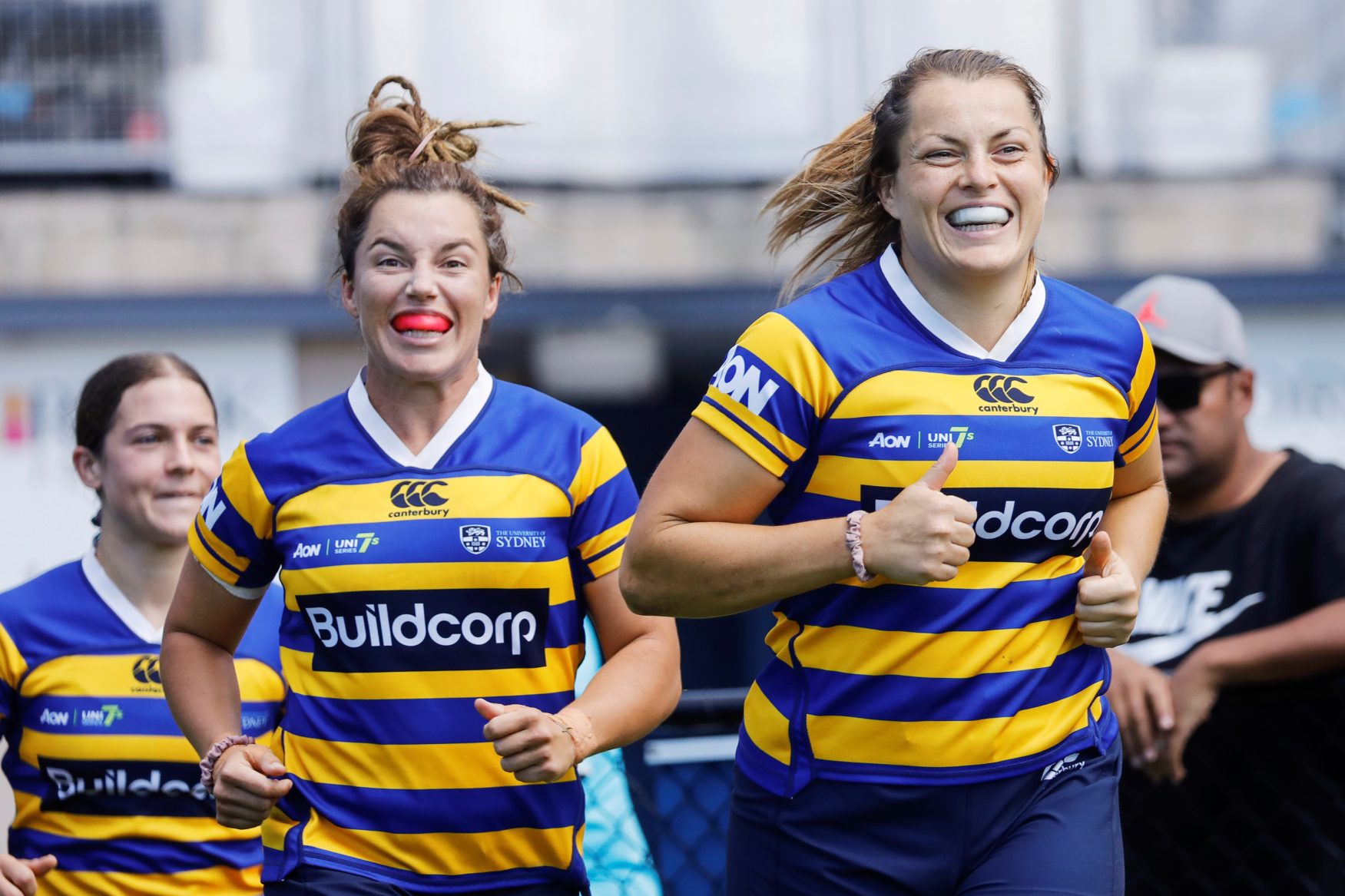 Lionesses ready for round one of Aon Uni 7s Nationals

Sydney University Football Club’s Lionesses are back in action this weekend for the first round of the Aon University 7s National series.

The Lionesses will be looking to repeat their success in both tournament 1 and 2, having claimed bragging rights in the series opener and finishing runners up in round 2.

Victory this weekend will secure the girls a spot in the overall series decider later this month.

It’s a campaign the Lionesses are hungry to win after a cancelled 2020 series due to COVID-19 and having to settle for third place overall in the 2019 series.

On the eve of the big dance, Head Coach Manny Posadas has confirmed the team that will don the blue and gold at Forshaw Rugby Park:

The strength of the weekend’s side has undoubtedly been bolstered by the inclusion of two Aussie 7s golden girls, Cassie Staples and Tia Hinds, as well as Wallaroo skipper Grace Hamilton.

Made possible by the competition’s new format, the series has allowed national players to receive much-needed game time in preparation for the Tokyo Olympics later this year.

The Lionesses are no strangers to success on Forshaw Rugby Park’s turf, with the grounds serving as the backdrop for multiple wins over the years, including last year’s Jack Scott Cup premiership title.

Congratulations to the entire squad, coaching and support staff. Wishing you the very best of luck; we’re right behind you!

Be sure to follow our coverage of the University of Sydney’s performance at the 2021 Aon University Sevens Series via our social platforms. Games will also be available to stream live via rugby.com.au.