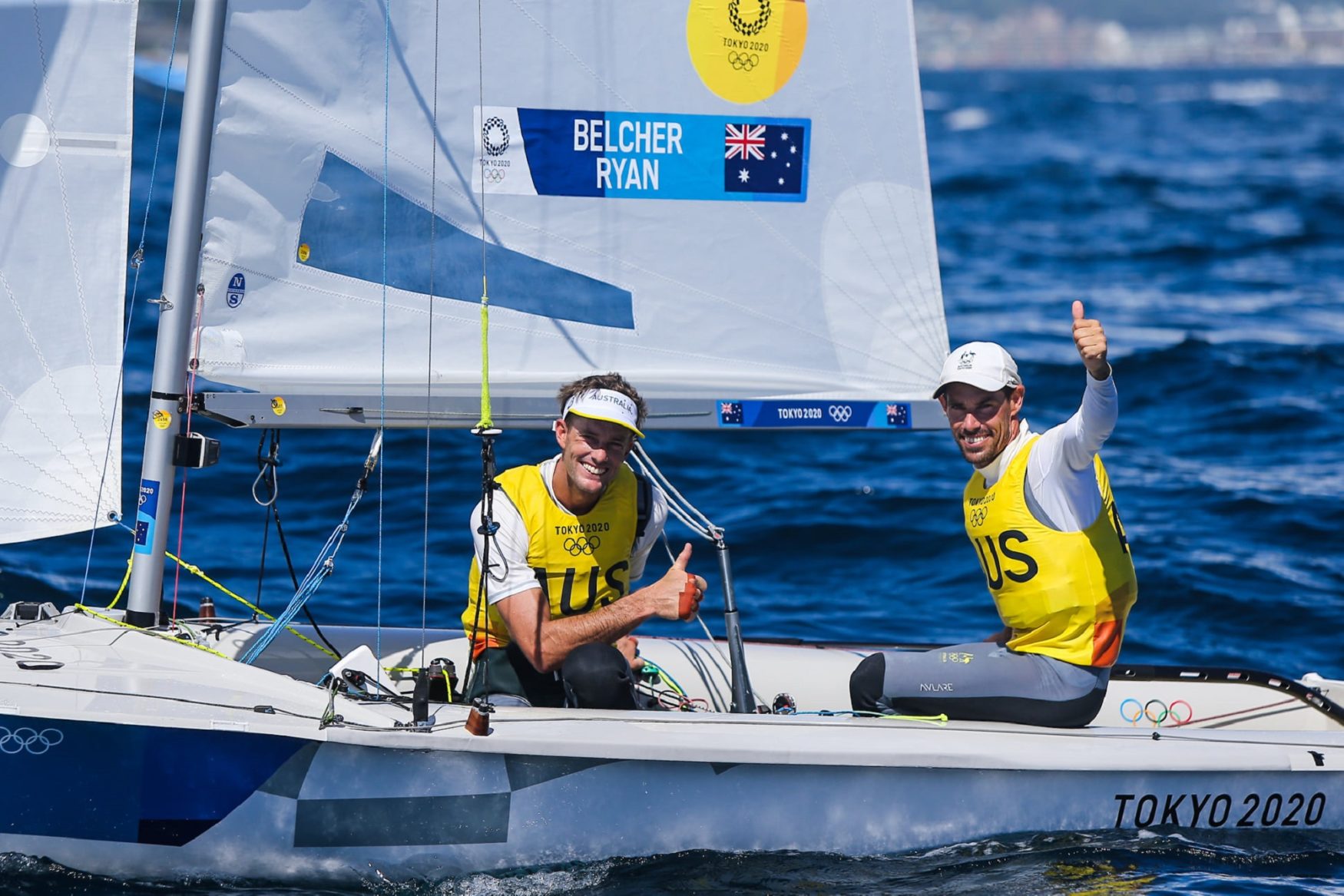 Will Ryan and his sailing partner Mat Belcher atoned for their silver medal in the 470 class at the Rio de Janeiro Olympics with a gold at Tokyo.

And they did it in emphatic fashion at Enoshima Yacht Harbour, having the gold medal almost in their keeping before the final race.

The five-time World Champions entered the medal race with an almost unbeatable 20-point lead, and only needed to avoid any false start penalties to be crowned Olympic champions.

They took no risks at the start line before working their way through the field to post a commanding win, with Sweden collecting the silver medal and Spain finishing with the bronze.

“It’s unbelievable to be here, to have done this. I remember thinking as a kid that Olympic gold just seemed unreachable, and yet here we are,” Ryan, 32, said.

Belcher, 38, who won gold with Malcolm Page at the London Olympics before teaming up with Ryan for silver in Rio, was thrilled with their Tokyo effort.

“It’s a special achievement, and it’s something I couldn’t have done without the support of my coaching team, but also my family,” he said. “It’s been a team effort, and I’m thinking of all those people today. It’s going to take some time to soak this feeling up. It’s incredible.”

Both sailors described the win as their “last dance”, having been forced to call time on their great partnership – from Paris 2024 and onwards the 470 class will be a mixed crew event.

Will Ryan’s sister Jamie also competed at Tokyo, teaming with Tess Lloyd in the 49er FX class to finish 13th overall, an improvement from her 2016 result in Rio, where she managed a 15th place finish.

Days before winning gold, Will completed his second degree at the University of Sydney, a Master of Management.