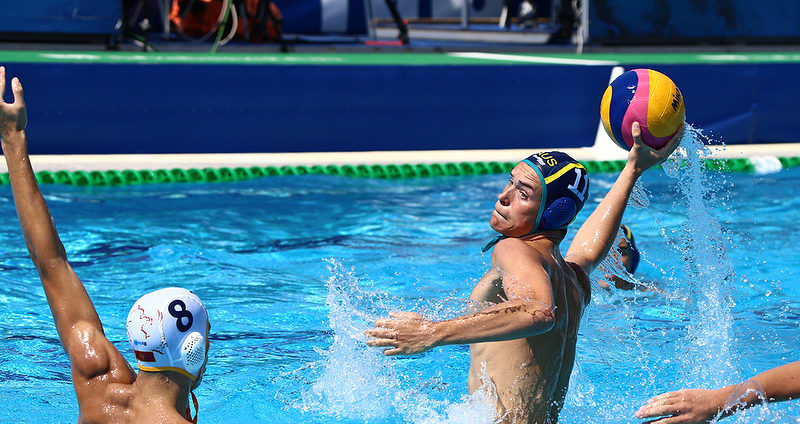 From the Shire and aiming higher

Sydney Uni Sport’s Elite Athlete Program is proving to be a perfect fit for Kal Glanznig, who is busy juggling his academic and water polo careers with an even busier role in the Shire – that’s Sutherland and its surrounds for those who don’t reside there.

A second year Bachelor of Commerce Advanced Studies (Marketing and Design) student, Kal linked up with the Sydney Uni Water Polo Club last year on a Sports Scholarship that brought him into the Elite Athlete Program system.

“The EAP and its staff have been really supportive,” he says. “With water polo being an amateur sport, I have to balance work, studies and sport. And that’s where the program is really helpful in saving time and being organised. I also value being able to use the gym facilities at the University for extra training; it’s really well equipped and on hand near the pool.”

When Kal joined the EAP at the end of 2019 he also joined the SUWPC. Having been raised in the Shire he played all of his junior water polo with the Cronulla Water Polo Club. Making the switch was a big decision because he’d represented Australia while a junior at Cronulla, first with the Under 18s at the 2016 PANPACs in New Zealand and two years later at the World Youth Games in Szombathely, Hungary. “It was a real honour to put the Aussie cossies and cap on for the first time at the PANPACs,” he says. “And I was proud to be representing the Cronulla club.”

But the lure of the EAP made the decision that little bit easier. “They’re both great clubs,” he says. “I enjoyed my time at Cronulla and my younger brother Tristan plays there so I still have a connection. I’ve only been with the Sydney University Club for one season but it has a great culture and some great role models to train with and learn.”

With the Australian Water Polo League pre-season having just finished, with Sydney University placed first, Kal says the chances of the 2021 AWL season starting next February are not looking good with the country still coming out of the 2020 COVID pandemic. But Sydney University has strong representation in the Australian men’s and women’s squads for the 2021 (COVID delayed) Olympic Games in Tokyo and that is an incentive for Kal.

His memories of representing at the PANPACs in New Zealand and at the World Youth Games in Hungary are a constant spur. “It was a great experience and representing Australia again remains an ambition,” he says. “While we finished eighth at the Youth Games it was a tight tournament. We played Greece in a quarter-final and the game went down to the wire – they scored twice in the final minutes. And then they went on the claim the title, so we weren’t far off the pace.”

It was while in Europe that Kal was able to mix sport and work. He’s employed part-time with the Sydney-based swimwear company Delfina, founded by former Australian water polo representative, Tyler Martin. “I mainly focus on the marketing and ecommerce sides of the business,” Kal says. “Delfina do the swimwear for the Australian teams, so while in Europe I was able to work remotely for the company.

“I’m majoring in marketing and design in my university degree. The design component comes under the School of Architecture. They go hand-in-hand – the practical side of developing a product and then promoting it”

Kal’s work ethic and community involvement started while he was an 18-year-old Year 12 student at Caringbah High School, when he organised $100,000 worth of solar panels for the school.

“As I approached Year 12 and joined the Student Representative Council, I thought this is the time,” he said. “I was told it was a complicated process but I kept pushing. On the first day back at school after the holidays, the principal told me all we had to do was to get $50,000 and the Department of Education would contribute another $50,000.”

Kal duly approached the schools P&C association and they came on board. “They were the one source who could provide the funding,” Kal said. “It was a unanimous vote. It was the largest amount of money they have ever given for a project.”

The funds were secured and the solar panels now cover the school hall where Kal sat for his HSC. “I knew it might be installed after I finished school but it’s just something I wanted to see done now,” he said. “Economically, it makes sense. The school is receiving enormous benefits through savings of over $18,000 every year as well as social and environmental benefits.”

During his HSC year Kal also designed a park as his major Design and Technology assignment. Once again it was a practical project for the Shire that was prompted by a story in the St George Leader about a development plan to build apartments at Boat Harbour.

“When I read about it in the Leader, I thought that’s not what I want to happen,” he said. “The idea was to take up some of the space with a green corridor from the Kamay Botany Bay National Park to the foreshore. I want this for future generations so the community does not become a casualty from over-development.”

When he finished his HSC, Kal made the annual Schoolies Week pilgrimage to Noosa Heads, but it wasn’t to be all fun and games.

“All of the cafes and restaurants were plastic free with cutlery bags, straws and containers and displaying signs saying Plastic Free Noosa Champion,” he said. “Joining a community cause was a subject I was studying at university, and as I’m passionate about the oceans I decided to initiate the Plastic Free Cronulla concept.

“I spoke with the local Chamber of Commerce and they came on board to help drive it – it’s been going really well since but during COVID lockdowns we had to pull back a little. Prime Minister Scott Morrison, our Cook Federal member, heard about the initiative and provided support, as did the State Government MP Mark Speakman. 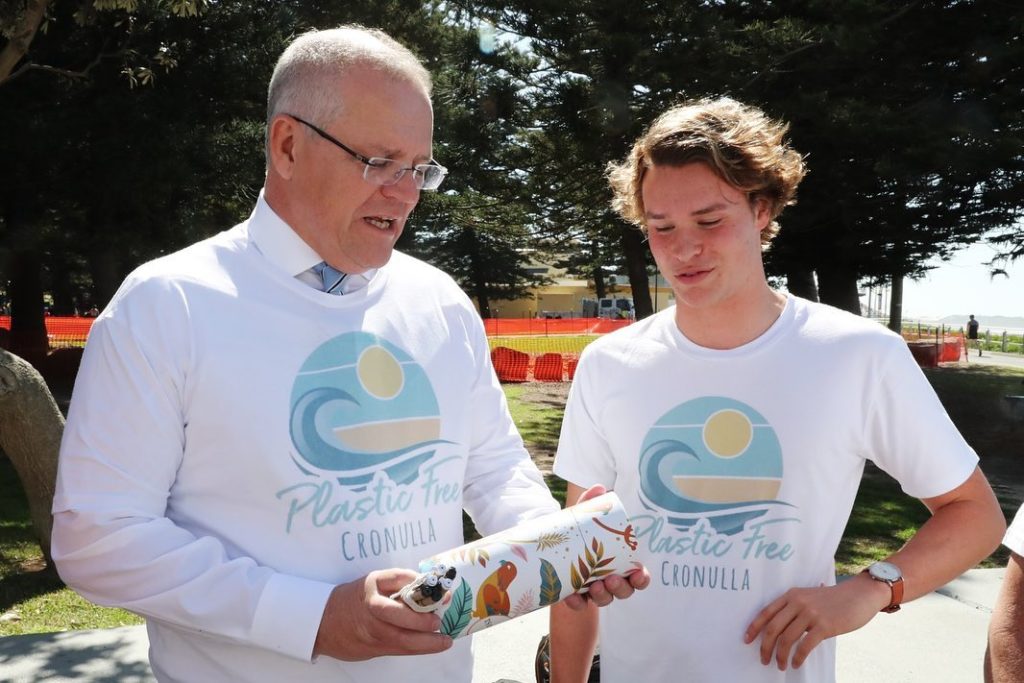 “We now have over 20 businesses in Cronulla on board to be plastic-free and I give talks to schools to educate them about the problems caused by plastic waste and what we can do about it. We also partner with a range of events – it has been well received.

“”We’re all volunteers and we’re building a team and managing stakeholder relations. We’re using social media and have different mechanisms in place to count the number of straws and bottles the businesses have reduced that tend to end up in the local environment.”

Kal’s efforts with the Plastic Free Cronulla initiative, organising $100,000 worth of solar panels for Caringbah High School, being on the Stakeholder Reference Group for the Cronulla Plaza redevelopment, and providing an alternative community-driven design for the Boat Harbour redevelopment saw him named Sutherland Shire Young Citizen of the Year in 2019.

When he came to the Sydney University Kal heard about the University’s Genesis program, established in 2008 to support the most promising start-ups through mentoring from experts, assistance with media exposure and a final award of $25,000.

Since launching in 2008, Genesis program has supported more than 1000 University of Sydney alumni, students and staff to accelerate their commercial and social enterprises. At the beginning of 2020, there were around 200 start-ups actively engaged in the Genesis program.

“I got into the program and developed a start-up called JobBuddy, a marketplace solution to help local service providers get more work through building digital word-of-mouth. I ended up coming third from 150 applicants – it was a great experience,” Kal says.

“In the Shire the saying goes – everyone knows everyone – I decided to put the concept into reality. We finished the website for the business late last year and then launched when COVID came and our platform for connecting service providers was a help to many who lost jobs and were looking to stay in the workforce.

“We’ve been building a team to get it up a running – where there’s business there’s demand – we had just over 250 users sign up. We’re now targeting the electrical trades to expand the service. It’s ready to go. I’ve put some cash and plenty of time into it so it would be nice to see something come out of it.”

While he’s been busy with studies and community projects, Kal has been busy with the AWL pre-season. His goals are to win an AWL title with Sydney University, whenever the competition resumes, and to attend the 2021 World University Games in Chenghu, China.