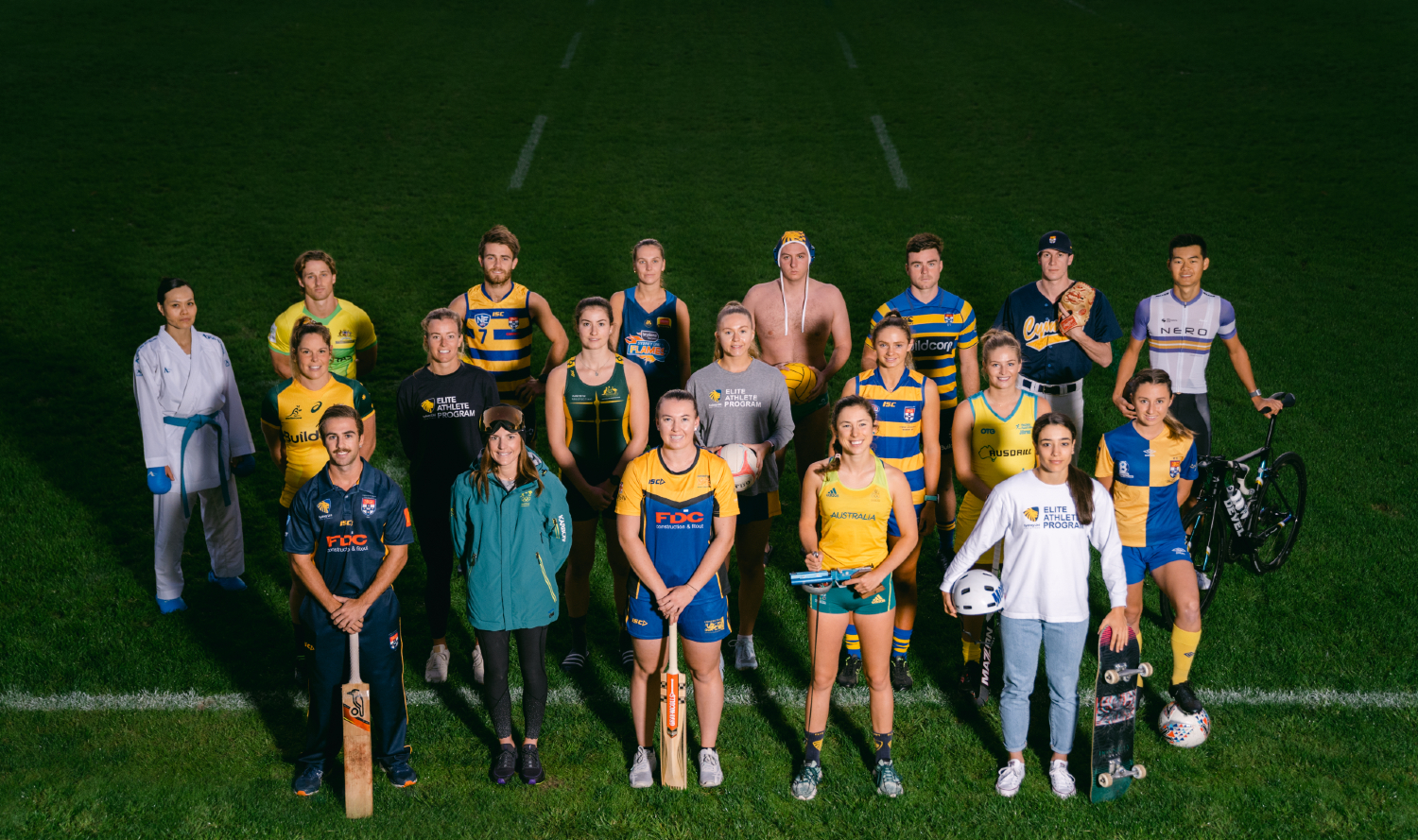 Before 1990, young athletes needed to make a choice between pursuing a career in sport or a long term-commitment to study. this predicament ignited a flame in the Sydney University Sports Union (now known as Sydney Uni Sport & Fitness) who saw an opportunity to change the university sports game forever.

The moment it all began

It’s impossible to begin telling this story without mentioning the people who carried this idea from conception to completion. Bruce Ross, former SUSF President and Greg Harris, the then Director of the Sports Union, saw sporting scholarships as a way of fusing sport and study, embarking on a research expedition in the U.S. to sound out their comprehensive scholarship system, returning home with valuable lessons on how financial, academic, high performance and wellbeing support, together with other benefits and services, could allow athletes to excel in both their sport and study. The first scholarship was created and awarded to David Hynes, who played in the Australian Baseball League and competed at the 1996 Atlanta Olympic Games while studying a Bachelor of Economics (Social Science)/Law.

Relationship with the University

The University plays an integral role in ensuring the continuity of sporting scholarships – from providing support during a time Voluntary Student Unionism threatened the existence of the program to funding international travel grants and infrastructure, and recognising student-athletes in their Coursework Policy, the Universty’s contribution is enormously valuable. There is a mutual understanding that balancing high-performance sport and studies is challenging, but it is possible and important. Helping to unlock the potential in each student-athlete is crucial because they may not just be the next world champion in their sport, but also a difference-maker in their professional field.

While the Elite Athlete Program aims first to support student athletes, it is also meant to assist University sporting clubs to attract and retain talent. The program’s first scholarship holder, David Hynes speaks to the success of this strategy:

“When I was awarded the scholarship in the first year, I didn’t play baseball for the University. I ended up switching to play for Sydney University and it was the best thing that I ever did. After the 1996 Olympics, I had an opportunity to try out with the Chicago Cubs and visited New York with the team. I was sitting in a bar with the Cubs players after a game and was looking at each of them thinking these guys are on million-dollar contracts but they are so boring to be around. Then I remembered sitting at a bar with the SU Baseball guys and looking around the table was a world debating champion, a vet and a scientist. Within that moment I realised how grateful I was that I played baseball at Sydney University and how much more I valued the SU relationships.”

The most striking example of the success of the sports scholarship is evident in the Rugby Club. In the early 90’s, the club had no representative players and struggled to maintain a competitive edge. Footballers like Nick Farr Jones and Dan Vickerman saw the advantages of studying and playing at the University. This not only changed the club forever, but also the lives of many athletes who were able to secure their academic future while enjoying illustrious sporting careers.

The need of every student-athlete varies, and their opportunities are vastly different. There is no one-size-fits-all plan that works for everyone. This is why the program relies heavily on Leonie Lum (Elite Athlete Program Manager) and her dedicated team of three who work tirelessly behind the scenes to ensure students feel properly supported. While the demands of sport and study can be quite consuming, the best support that the Elite Athlete Program can give any student-athlete is helping them find balance, as it has done for Water Polo sensation, Hannah Buckling.

“From a personal perspective, the program has helped me through both my Bachelor of Science and the first two years of my Doctor of Medicine, whilst allowing me to compete in international and Olympic-level Water Polo. Finding the balance between these commitments has been extremely difficult, but the support of the EAP has been critical in enabling me to reach my goals in both aspects of life.”

The evolution of scholarships

Funding plays a significant role in the sustainability of sporting scholarships. While scholarships have always been generously backed by partners such as the University of Sydney and the residential colleges, during its infancy the scholarships were funded by sponsors such as Nike, Citibank and Tooheys. Fast forward to 2020 and scholarship categories have expanded ten-fold, the program is continually supported by reputable sponsors, while the perpetually-named scholarship count currently sits at 28. It is hoped this number will grow exponentially in the future.

Moving forward, a key focus area of the Elite Athlete Program is continuing to build its alumni network. The transition after university presents an opportunity for the program and its alumni to information-share and aid the next generation of student-athletes. Alumni will have a rewarding opportunity to give back through a Mentoring Program that will be launched in 2021. The knowledge and advice alumni can provide is invaluable, not only for student-athletes, but program administrators too. Securing the financial future of sporting scholarships will be the top priority. Philanthropic giving towards sporting scholarships is already underway through the ‘Five by ‘25’ campaign. Over the next five years, SUSF are committed to raising $5 million by 2025. As of August 2019, $1.563 million has been raised and this will continue to increase with donations and fundraising initiatives over the next few years.

The best is yet to come…

Celebrating three decades of sporting scholarships that have been awarded to over 2,500 athletes is no small feat. This milestone is one we are proud to have reached and gives us great confidence that the best is yet to come.