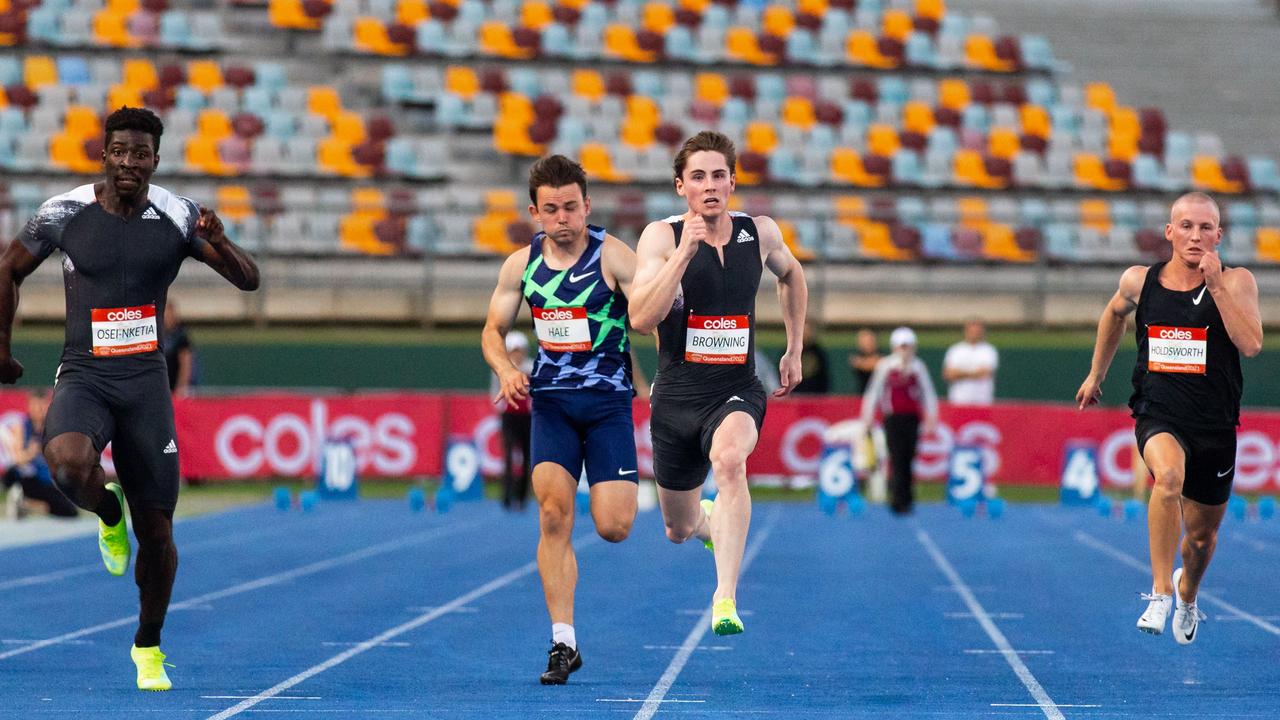 He had been threatening to post a fast time after he became the second Aussie to break the 10-second barrier when he won the Illawarra Track Challenge on 9.96 seconds at Wollongong in January this year.

That time couldn’t be used for Olympic qualification because it was wind-assisted to the tune of +3.3m per second — 1.3m per second above the allotted limit.

“It’s been the time I’ve been chasing all year,” Browning said. “I had a taste of sub-10 this year but doing that today gives me the confidence I can do it legally. I’m really happy with that run. I love it here in Brisbane. I should come up here more often to run these races,” Browning said.

Browning first came to notice as a 16-year-old when he ran 10.18sec competing in the 4x100m relay at the 2017 London World Championships. “Running 10.18 in front of a big crowd, off very little training, gave me a taste of the highs of success in track and field,” he said. “It made me realise how much more work I could do to improve.”

He also represented Australia at the 2018 Commonwealth Games on the Gold Coast, finishing ninth in the semi-finals of the 100m with a time of 10.26sec. The Tokyo Olympics have been his aim since then.

Following the Commonwealth Games, he earned a berth to the 2019 World Championships in Doha where he was disappointed with his performance.

“I completely flamed out there,” he said, “so I’m trying hard not to recreate that Doha experience and do a lot better. There is still lots of work to do and working on everything is a real process, but it’s great to be able to book that ticket to Tokyo.”