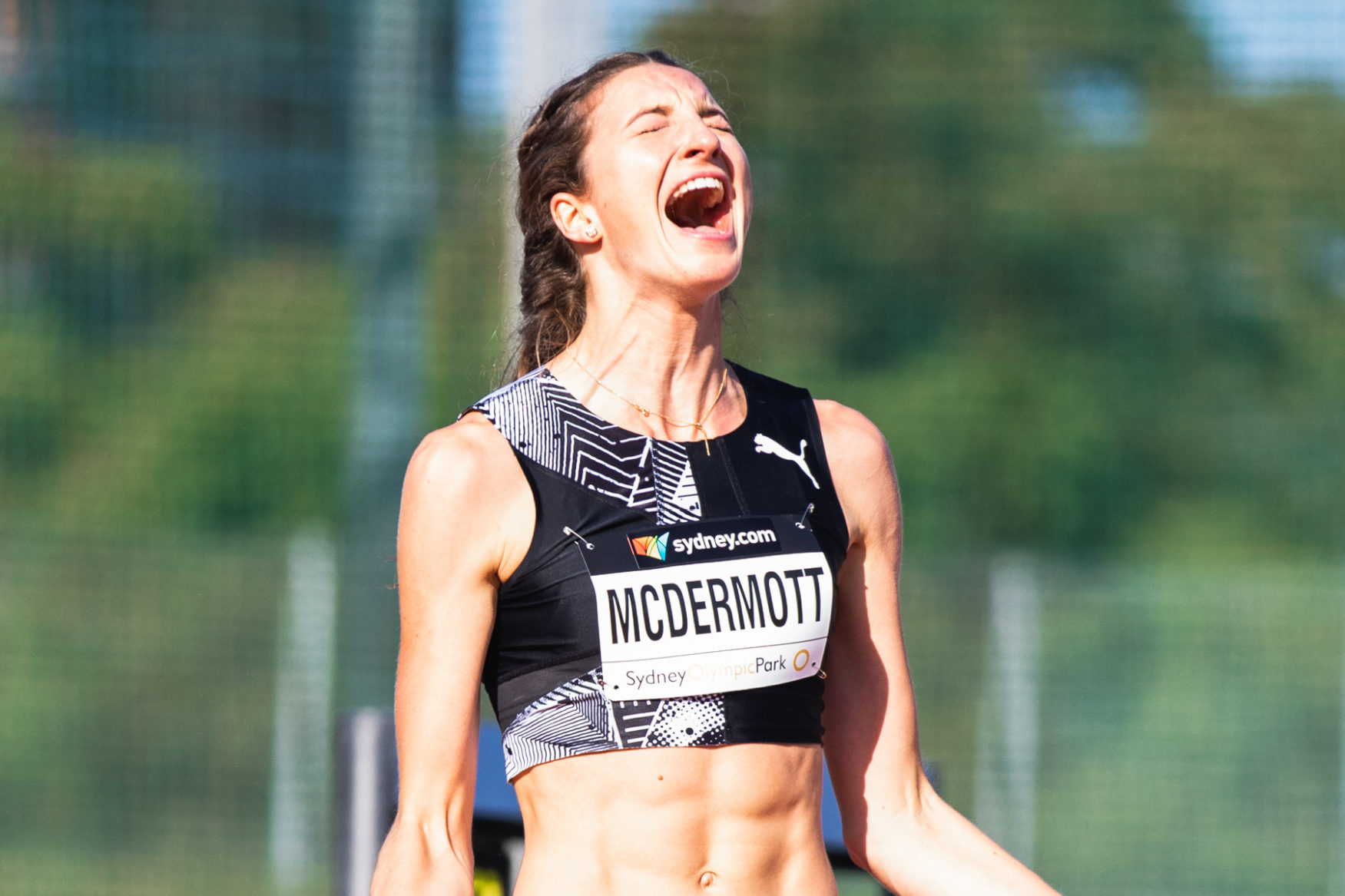 Nicola McDermott is living the life her 8-year-old self would’ve dreamt of. Drawing inspiration from Croatian high jumper, Blanka Vlašić, Nicola was inspired to one day write history for herself. And that she did. On Sunday, 25 April, at the 2021 Sydney Track and Field Championships, the 24-year-old Biochemistry student at the University of Sydney became the first Australian woman to jump 2-metres.

Born For A Time Such As This

Not many of us can say we’re living out our childhood dreams as confidently as Nicola can.

“When I look back, I guess most 8-year-olds are not thinking about one day jumping 2-metres but back then, I was tall for my age, and I had these long legs.”

Growing up, Nicola was shy, which made making friends a challenge. However, this changed when she discovered high jump. She believed it was a sport designed just for her.

In 2006, Nicola competed in her first NSW Little Athletics Championship. Only 9-years-old at the time, she cleared 1.36 metres – a memory she looks back on fondly. Someone who has not forgotten about this moment either is Matt Hornell, who has been her coach ever since.“Matt and I are good mates and on the same wavelength,” she said. “He’s very laid back about the way I train and approach events, but we’re determined individuals, so we don’t cut corners.”

Where Nicola is today has always been part of Matt’s plan. The 10-year plan involved seeing the high jumper become a regular medallist at the Australian Junior Athletics Championships.

“I remember him telling me he had the dream, not to make me a junior protégé, but an international professional athlete, which gave us a big goal to work towards.” 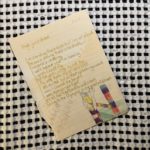 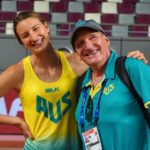 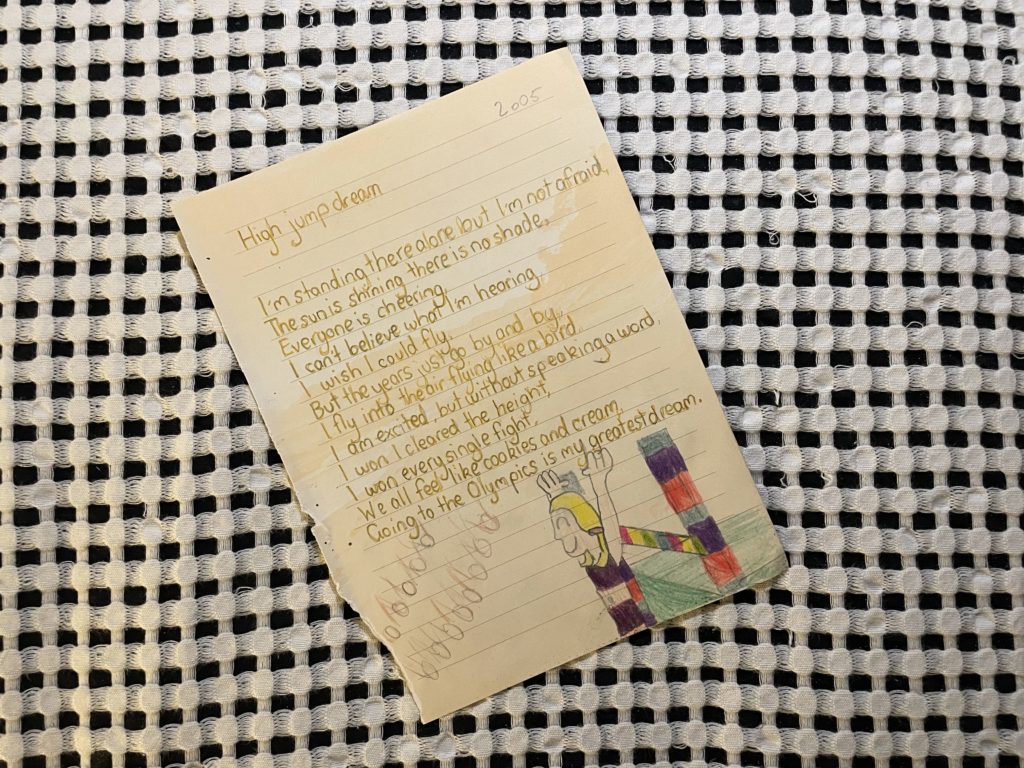 That journey towards becoming professional has not been an easy one. Like fine craftsmen, the pair have continued to finesse Nicola’s craft over the past decade. From her first competition back in 2006, every year since Nicola has maintained or bettered her personal best. When asked what the secret to her success is, Nicola credits her faith.

“If you believe even amid slow progressions or interrupted preparations and hold onto hope, nothing is stopping you from consistently performing. That hope has been strengthened over the years by my faith in God.”

That statement was put to the test in 2020. With the cancellation of the Tokyo Olympics and the natural disappointment that followed, Nicola and Matt launched into an intense training block. With limited resources available due to restrictions, both took no risks by relying on facilities to train. Out of a garage on the Central Coast, they built a home gym and opted for running and jumping sessions on the beach. While the circumstances were far from ideal, the whole experience enabled Nicola to shift her focus from what was lost to what could be gained.

There is something to be said about elite athletes who compete in individual sports. The tenacity, self-belief, and commitment they require to be able to push their ability continually, frankly, isn’t in the realm of possibility for most.

Sports psychology is a practice many athletes have tapped into, including Nicola. Understanding her psychological patterns and how it relates to her performance helps with preparation and execution on competition days.

Gameday rituals are consistent no matter where she is in the world. From her music playlist, the banana she eats 30-minutes before a competition, the writing of a bible scripture on her wrist, to the notebook she is known for being buried in after her jumps.

“Notebook taking was introduced to me by my sports psychologist to give myself a rating and an anchor point in competition to analyse my performance objectively. Each jump, I rate myself out of 10 for the different components of the jump; this helps me process what to work on for the next attempt.”

On Sunday, 25 April Nicola went about her preparation the same as any other competition, but mentally, something switched.

“The day I jumped 2 metres, I woke up fully convinced I was going to break the record. I was thinking of what I could write on my wrist to be seen all over the world when I jumped it. My favourite bible verse is 1 John 4:18, and it says that ‘there is no fear in love, perfect love casts out fear.’ So, I wrote a similar phrase on my hand because I wanted people not just to see me jump, but to see what was possible when fear doesn’t have a hold on their lives or dreams.”

That afternoon at the Sydney Olympic Park Athletics Centre, with a crowd clapping to every beat of her 9-step approach to the bar, Nicola leapt and became the first Australian woman to break the 2-metre barrier.

I heard the crowd before I saw the bar stay on; it was incredible. I had so much joy, yet at the same time, was hungry to go higher because the clearance was huge.

It was a full-circle moment for Nicola.

“I’ve become the person I dreamed about 16 years ago. It wasn’t done in the way I planned or pictured, it required more than I could put into words, but it has been so worth it.”

Only two months after that glorious afternoon at Sydney Olympic Park, Nicola broke her own national record at the Stockholm Diamond League and cleared 2.01 metres. This is the third-highest jump in the world this year, putting Nicola firmly in contention for a podium finish in Tokyo.* Although her dream to jump 2-metres has been achieved, it is not what she wants to be remembered for.

“To be so young and jumping so high with years in the sport left is precious. One day I’d like to attempt the world record, which currently stands at 2.09 metres.”

With ambition and heart like Nicola’s, anything is possible.

Nicola won silver at the Tokyo Olympic Games with a PB 2.02 clearance.* 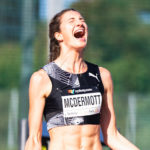 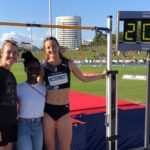 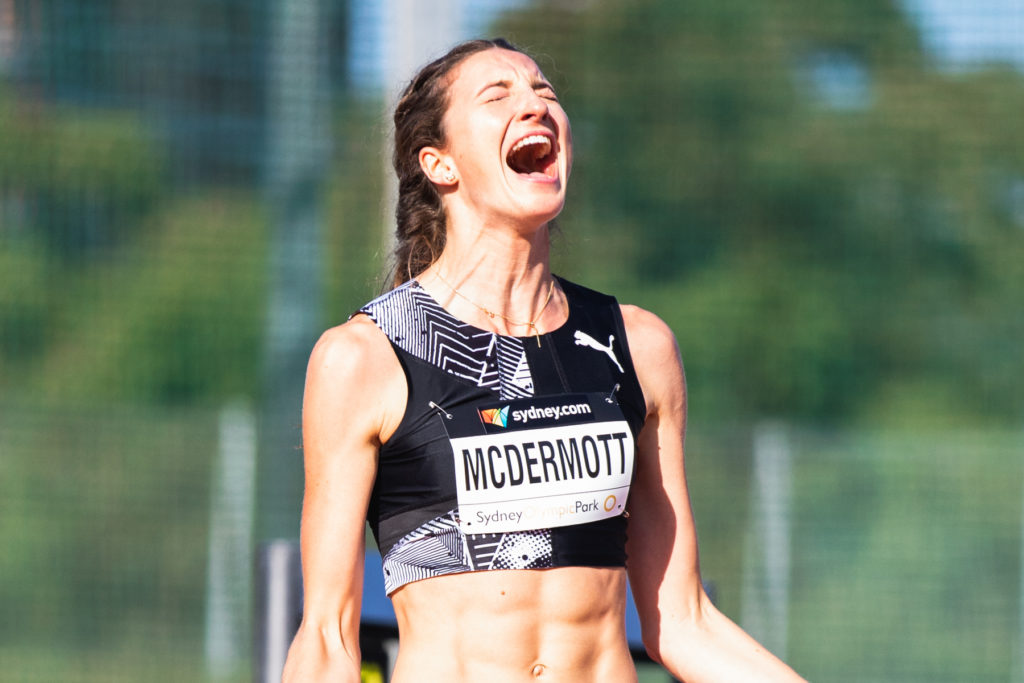