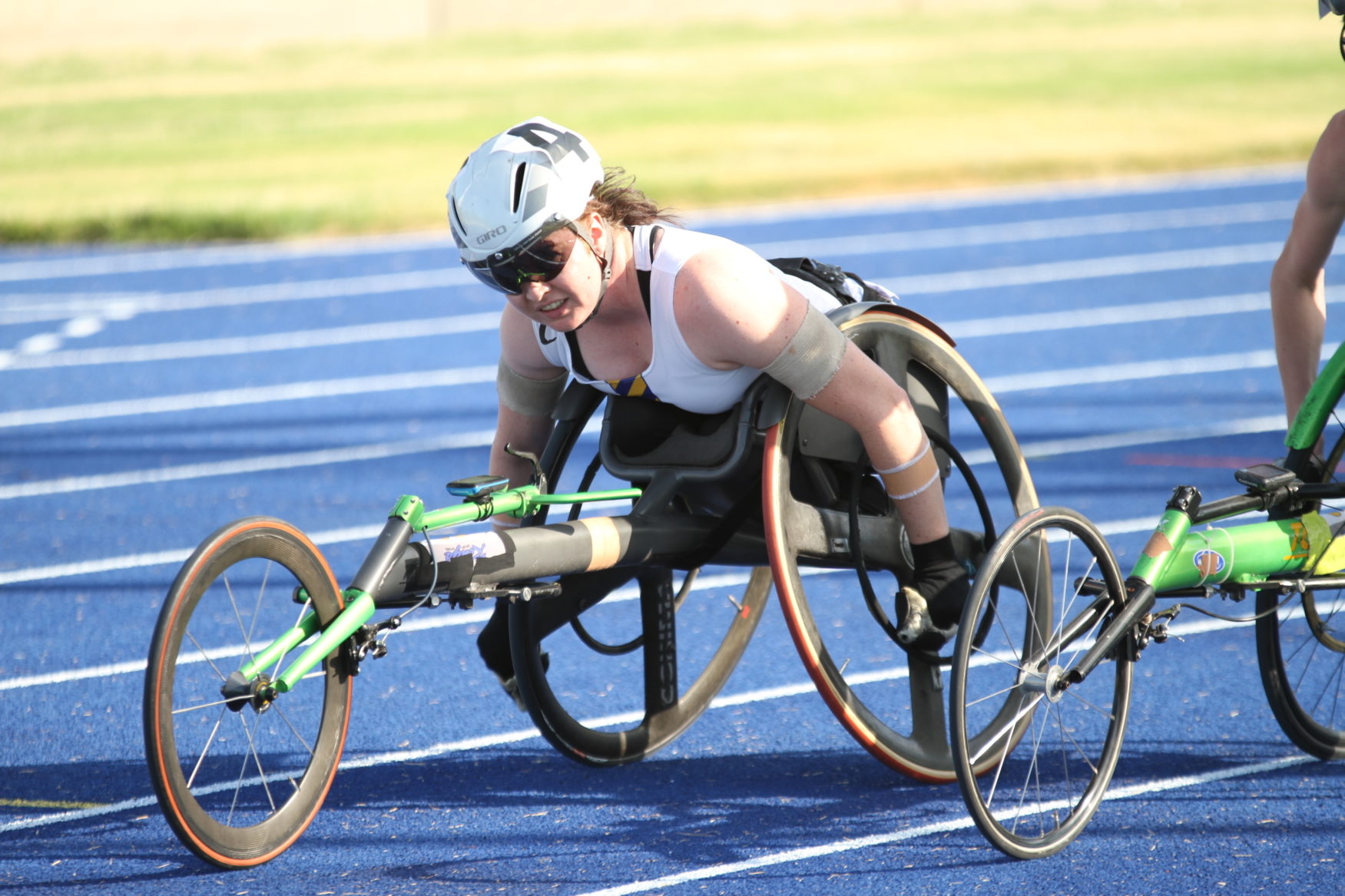 Paralympic legend Angie Ballard will be representing Australia at her sixth Games when she takes to the track in T53 wheelchair sprints in Tokyo.

The former Sydney Uni Sport & Fitness (SUSF) Elite Athlete Program member opened her Paralympic campaign as a 20-year-old at the 2000 Sydney Games and backed that up at Athens in 2004, Beijing in 2008, London in 2012 and Rio de Janeiro in 2016.

In the two decades since making her debut for Australia, Angie has won three silver and two bronze medals and is aiming for the elusive gold in Tokyo.

Ballard began competing in wheelchair racing as a 12-year-old in 1994 and first represented Australia in 1998, during her first years as a student at the University of Sydney. She held sporting scholarships at the Australian Institute of Sport and Sydney University during her undergraduate years.

As well as competing, she also sits on the board of Wheelchair Sports NSW. She is one of six Sydney University athletes representing Australia at the Tokyo Paralympic Games, the others being Georgia Munro-Cook and Hannah Dodd (Basketball), Jenny Blow (Goalball), James Talbot (Rowing) and Vincent Donnadieu (Athletics – Guide).

In her previous sporting life, Hannah Dodd was an elite equestrian rider, the top-ranked Australian in her event and class. In 2012 she competed at the London Games and finished just outside the top 10 in each of her two events. Fast forward a few years, and Dodd is set for her first Games as a member of the Australian Gliders women’s wheelchair basketball team.

Hannah was born with sacral agenesis and spina bifida with upper limb dystonia and learnt to ride a horse before she could walk. She started competing in 2005 and was representing Australia by the following year. Her distinguished equestrian career ended when she decided to take up basketball, in which she made similarly rapid progress. Hannah made her Gliders debut at the Osaka Cup in early 2015 and, later that year won silver with The Devils women’s national U25s side at the World Championships. She is now a key member of the senior side, which failed to qualify for Rio 2016 but is seeking redemption in Tokyo.

Georgia attended Newtown High School of the Performing Arts before enrolling at the University of Sydney. When her able-bodied basketball career was cut short by injury, Georgia found a substitute in wheelchair basketball in the WNWBL.

She was selected in the Australian Under 25 Devils in 2015 and quickly advanced to play for the Gliders later that year, competing at the 2015 AOZ qualifiers, 2016 Osaka Cup and 2017 AOZ qualifiers.

She has been a key member of the Australian goalball team for several years, having made her international debut back in 2010 at the International Blind Sports Federation Goalball World Championships. This will be Jenny’s third Paralympic campaign, having previously competed in the 2012 Paralympic Games in London and 2016 Paralympic Games in Rio de Janeiro. Her teammates have given her the nickname ‘Awesome’.

James Talbot is a Bachelor of Economics (Honours) graduate and member of the Sydney University Boat Club. This will be his first Paralympics campaign, where he will compete in the PR3 Coxed Four.

James made his international debut for Australia in the PR3 Mixed Coxed Four at the 2018 World Rowing Championships. When James was 21, while on a holiday in Vietnam with friends, he had a motorbike accident which left him with a permanently damaged wrist and hand. Unable to continue playing contact sports, he decided to get back into rowing (Para rowing) – a sport he hadn’t competed in since high school. His competitive edge has resulted in Games selection.

Sydney University furthers its presence in this year’s Paralympic Games with the selection of Vincent Donnadieu, who will be guiding vision-impaired runner Jaryd Clifford in the T12 men’s marathon.