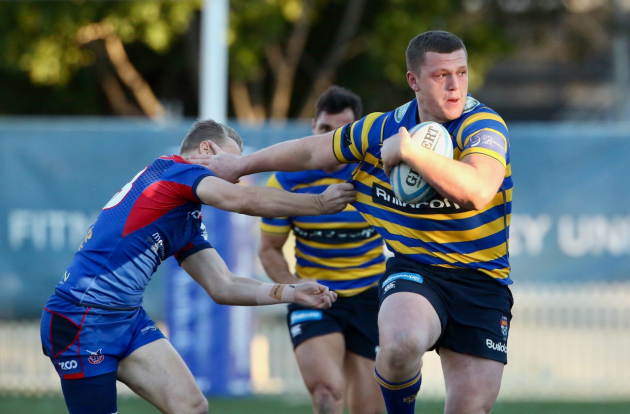 Rugby props don’t make Test debuts as 20-year-olds. They usually spend years learning the dark arts of the front-row before taking a pair of cauliflower ears into a Test match.

Not so Angus Bell, the young Sydney University front-rower who made a memorable debut for the Wallabies on November 7, 2020, when he replaced injured, 100-Test veteran James Slipper in the 40th minute against the New Zealand All Blacks at Suncorp Stadium in Brisbane.

After surviving his first scrum against the behemoth Ofa Tuungafasi, Angus was right at home for the rest of the second half before walking off a winner. Having suffered a 43-5 loss to the All Blacks the previous week, the Wallabies bounced back with a shock 24-22 result in Brisbane.

The “winning” feeling was not something new to Angus, whose rapid rise from Year 12 at school to Test tighthead was littered with victories for Australian Schoolboys, Australian Sevens, the Junior Wallabies and NSW Waratahs.

He was also selected in the Australian Schoolboys Under 18 side in 2017 and the following year captained the Under 18s on a successful undefeated tour of the UK and Ireland, which included a 15-5 win over Ireland Under 19s and a 70-nil result over Scotland Under 19s.

The skipper had a standout tour, packing down on either side of the scrum when required. His scrummaging, work-rate and speed around the ground for a prop earned him a contract as a development player with the NSW Waratahs and a berth in the Australian Sevens side for the 2019-20 World Series.

He enrolled at the University of Sydney in 2019, studying for a Bachelor of Arts and Bachelor of Advanced Studies degrees as well as joining the Elite Athlete Program run by Sydney Uni Sport.

Angus was the youngest player in the 2019 national championships, representing NSW Country Eagles, before being the lynchpin of the Junior Wallabies scrum at the World Rugby Under 20 Championships in Argentina, where the young men in gold reached the final.

In a gripping decider at Racecourse Stadium in Rosario, the Junior Wallabies lost 24-23 to France.

And to top off an amazing year of football, 19-year old Angus also made his starting Super Rugby debut for NSW against the Melbourne Rebels. He had averaged 29 minutes off the bench in two outings against the Crusaders and Blues and, as Waratahs coach Rob Penney said: “He showed he belongs at the next level by backing up some auspicious performances for the Junior Wallabies. He’s unusually athletic for a front-rower. He’s very strong and technically very able.

“He’s been in the lounge from an early age learning his craft in front of the television with his old man. All those elements are key, but the biggest one is his mental application. He has a deeply ingrained winning attitude and resilience.”

Penney’s reference to Bell’s “old man” was a compliment. Angus’s father is Mark Bell, a former Wallaby hooker and later forwards coach at the Queensland Reds and then the NSW Waratahs.

The COVID pandemic caused the cancellation of the 2020 Super Rugby competition with each of the competing nations holding internal competitions. Angus had a standout debut season for NSW and come September he received a phone call from Wallabies assistant coach Scott Wisemantel telling him he’d been selected in the 44-man Wallaby squad for the Bledisloe Cup series against New Zealand. He was still 19.

Angus’ dad was close by when he received the call that he’d been selected in the Wallaby squad and was just as excited as his son. As front-rowers do, they have a scrum machine in the backyard of the family home and sometimes pack down against each other.

“From my younger years, he’s helped me so much and through school especially. He’s excelled and advanced my set-piece game,” Angus said. “He said ‘treat every session like a Test match’.”

As he said to rugby.com’s Beth Newman after he’d scored a runaway Super Rugby try against the Brisbane Lions, he loves to run the ball but scrums are just as important. “My heart says I should prefer the feeling of running out in the clear, but I have to say scrumming,” he said. “I love scrums.

“I knew from the age of 13 or 14 that I was destined to be in the front-row as I got a little bit bigger and a little bit heavier but since then I’ve just loved the front-row. I was a number eight but then I got a bit vertically challenged and put on a few kilograms that were unaccounted for and slowly moved forward in the scrum and ended up a front-rower.

“All the players I come up against have taught me a new lesson and I’m just trying to put my best foot forward and learn as much as I can.”

Rugby league scouts were interested in Angus during his boom years in 2018 and 2019 but he said he always wanted to stay with rugby.

Angus was in the run-on side for NSW taking on Queensland in the opening round of the 2021 Super Rugby season. He’ll also be hoping to wear the gold jersey again in Bledisloe Cup and Rugby Championship Tests against Argentina and South Africa later in the year – COVID outcomes permitting.

It’s not hard to aim high when you have a front-row seat.